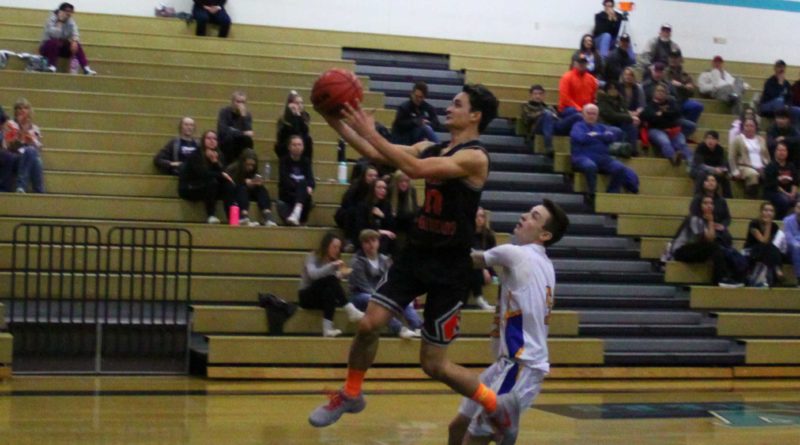 A season mixed with strong performances and struggles came to an end for the Fernley High School boys basketball team with a 62-32 loss to Lowry last Thursday in the first round of the 3A Northern League Tournament.

The Vaqueros ended the season with a 12-14 record, but coach Derek Miller hopes they also enter the offseason with the hunger it will take to get back to the levels they reached in the past few seasons that were capped with regional championship game and state tournament appearances.

“It was a rollercoaster, definitely,” Miller said. “I thought we found our identity. It took us a while to fill those roles. I thought we did a pretty good job of it, but we towards the end of the year I thought we regressed a little bit into some of the things we didn’t do well around Christmas.”

As the No. 6 seed in a tournament that featured two teams, Elko and Fallon, that were clearly better than the rest of the league, Miller went into the tournament hoping to use it as a springboard for the program with a host of young players in key roles. The Vaqueros brought up a handful of junior varsity players, and they, along with the youngsters that saw plenty of action all season, got plenty of floor time against the Buckaroos.

“We’re young, so I wanted this to be a learning experience for them, and I told them this is where you’ve got to realize the work we’ve got to put in the offseason to make that next step, and we’ve been through that as a program before,” Miller said.

Lowry jumped on the Vaqueros early, leading 19-7 after the first quarter. The Vaqueros were hanging within hailing distance at 25-16, when the Buckaroos finished the first half by outscoring Fernley 17-7 to end the half with a 42-23 lead.

Lowry then held the Vaqueros to one point in the third quarter and led 52-24.

The Vaqueros came into the game with a plan of switching in and out of man-to-man defense and try to take away the drive, and then double down in the post,

“We just never really got any rhythm and sort of forced stuff offensively,” Miller said. “We just couldn’t get into our sets. We just got beat.”

The Vaqueros finished the season with a 12-15 overall record. At one point this season they had a four-game winning streak, and at another won four of five, but also had stretches where they struggled, particularly against the top teams in the league. But with two freshmen, a sophomore and a junior in the starting lineup, and players on the JV and freshman teams that Miller thinks will be good players in the future, Miller said he sees light at the end of the tunnel, with an offseason of hard work.

“I know we’ve got to put in a lot of work, but I’m very optimistic about what we have coming,” he said.