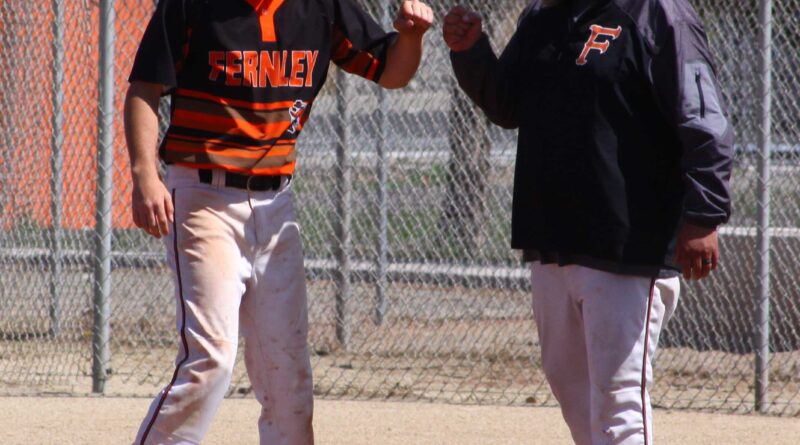 For the second consecutive season, the Fernley High School Baseball team will get the honor of playing at Greater Nevada Field, the home of the Triple A Reno Aces.

The Vaqueros will be facing North Valleys, Thursday at 4 p.m. The game serves as a fundraiser for the two programs, which each get a quantity of tickets to Aces games to sell. Any amount they sell more than the minimum they must sell to pay for the game goes to the baseball program.

Last year, the Vaqueros beat Dayton in their first time playing at the stadium.

The Vaqueros are coming off a successful weekend, albeit one that still left them frustrated, when they won two of three games against Fallon to open play in the Northern 3A East Division. Then Monday, they lost 5-3 in a nonleague game at Yerington.

Derek Ornelas hit the go-ahead two-run home run during a five-run rally in the bottom of the fifth inning to lead the Vaqueros to the win in Friday’s series opener.

The Vaqueros came to bat in the bottom of the fifth trailing 5-2.

The Vaqueros added an insurance run in the bottom of the sixth when Ryan Gamsby scored from first on an error on a ball hit by Justin Reeves.

In Saturday’s first game, the Vaqueros used two big innings and a complete game on the mound by Gamsby to post the 10-1 win.

“Our pitcher, Gamsby, killed it on the mound,” coach Stan Pryor said. “He threw strikes, all day. was out there on the mound telling people where to set up. He did an awesome job on the mound and at the plate, and everyone else stepped up behind him and followed along.”

“We had a lot better approaches at the plate the first two games,” Pryor said.

In Saturday’s finale, the Vaqueros scored first, on a wild pitch, but four errors on defense helped Fallon score the next 11 runs, with four runs in the second inning, two in the third, one in the fourth and three in the fifth. Facing the 10-run rule, the Vaqueros scored twice in the bottom of the fifth, on a two-run single by Julian McIntyre, but were unable to mount a comeback.

“Taking two of the three was a big deal for us, it keeps us up there in the standings,” coach Stan Pryor said. “But, we lost to a team we should have beat today. We were already up two games to nothing, so I think they came out too relaxed and didn’t perform like we should.”

“They weren’t making that adjustment to hit that middle right side all day,” Pryor said. “You don’t see many (lefthanders), and we preach that, work that outside of the plate all day. And then we had one of our better pitchers on the mound and we just couldn’t play defense behind him.”

Monday, the Vaqueros rallied from a 3-0 deficit to tie the game, only to see Yerington rally for two runs in the bottom of the fifth that held up as the winning runs.

Yerington’s first three runs came in the second inning, on two errors and a wild pitch. Fernley manufactured a run in the third, on an error, a stolen base and two groundouts. In the fourth inning, Brandon McCullar doubled in a run, then scored on a single by Motsinger.