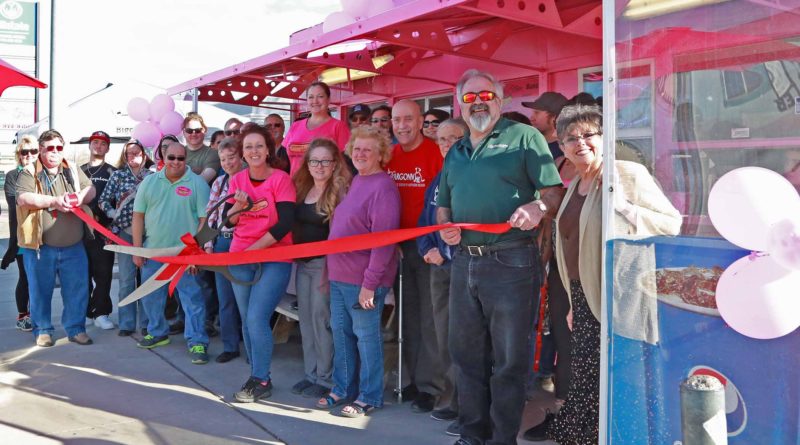 Yvonne Minix has lived in Fernley for 10 years. Recently she opened up Yvonne’s Hot Dogs on Main Street and had its Grand Opening on March 8.

During the Grand Opening, I asked her, “Why hot dogs?” Minix replied, “Do we have hot dogs in Fernley? No! I was raised in the Bay area and we had hot dogs in almost every town. When I moved up here, I thought there was no where to get a good hot dog. My dad was a huge hot dog lover. He ate hot dogs breakfast, noon and dinner, for a snack. He always had a hot dog.”

So after working at Amazon for nine years, she cashed in her 401K and opened Yvonne’s Hot Dog cart.

“I never had a restaurant before so I started small with a mobile hot dog stand.,” Minix said. In order to pass her health inspection, she needed access to a commercial kitchen and eventually talked with Humayoon Lodhi, who manages the 76 gas station and the Burger Hut. Shortly after that meeting, Minix traded in her cart for the permanent restaurant on Main Street.

When asked, “Where do you get your hot dogs from?” Minix said, “I’m not telling! I’m not giving you my trade secrets! Ha!”