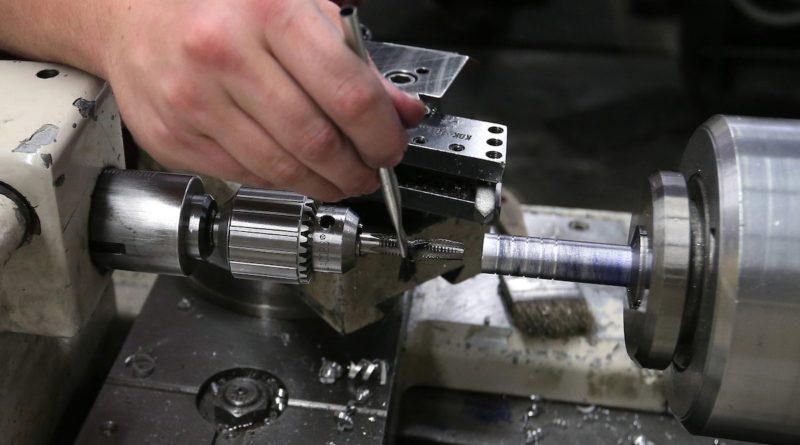 After completing six courses, students are capable of earning four National Institute for Metalworking Skills industry-recognized certifications. More importantly, these credentials and skills make them very attractive to many manufacturers in the area.

After completing WNC’s accelerated program, students can take several additional classes to earn a MTT Certificate of Achievement and proceed toward the 60-unit Associate of Applied Science degree in MTT.

“You can get into the workforce with 20 credits, but I always push for a student to earn the AAS degree,” Fulton said.

Fulton believes machinists of today are misunderstood because people don’t realize that much of what they do is being carried out by machining that is programmed. At WNC, students are not only training to be machine operators, but they are learning machine setup as well as the programming of them.

“This is not what your parents remember machinists to be … and you don’t need to ask how many fingers a machinist has left,” Fulton said. “We are skilled workers, not assembly line workers.”

The demands for machinists’ skill sets are seen in all walks of life, Fulton said.

“Without us, this world doesn’t move,” Fulton said. “You don’t have your glasses, you don’t have that coat without a machinist. Everything in this world a machinist has touched. The burger you buy at McDonald’s, the machinist made the machine that presses out​ that burger. The machinist made the mold to inject to make the Styrofoam container to hold your burger. Every part on your car, a machinist has touched. The asphalt layer that lays the roads, machinists made those. Everything in this world is made by machinists and there’s a lack of them.”

Developing the skills and entering the machining field is something that Stephanie Landis decided to do after raising her children. Landis went through WNC’s accelerated MTT program in the fall of 2014 and continued on to earn her AAS degree last May.

“If anybody has a passion for machining and being in a shop environment, it’s a definitely a must-do thing in their lives,” Landis said.

Specline Nevada in Carson City hired Landis while she was completing her degree in the spring of 2016.

“Companies were willing to give me a chance to prove myself,” said Landis, a machine operator at Specline Nevada. “I had the knowledge to get in the door and start.”

Two other women were enrolled in the accelerated program when Landis was attending WNC. She said women should feel comfortable learning how to become a machine operator.

“I didn’t have a problem in the shop environment being a woman,” Landis said. “I met great people at WNC who I’m still friends with. There’s camaraderie and also support for those who need it.”

Landis said the timing is ideal for individuals considering WNC’s MTT program. Through the Trade Adjustment Assistance Community College and Career Training grant, the Machine Tool program added more than $300,000 worth of equipment to its inventory, including three new CNCs — machines that are helping drive the local manufacturing industry.

“Having these new CNC code machines, we are able to train students better to get their foot in the door,” Fulton said.

“That is huge and just what the program needs​, and will help anyone who is trying to move into the field,” Landis said.

Depending on an individual’s level of education in MTT, pay ranges from $12 to $20 for that first job.

“If you had no education, you’d receive $8 an hour,” Fulton said. “The pay scale is $18 to $20 per hour for someone with an AAS degree. With advanced skills and expertise in this field, someone can own their own company and earn more than six figures per year.”

Fulton expects opportunities to increase for his MTT students in the coming years as “Baby Boomers” retire​.

For people who are struggling to find a job or think they can’t afford advanced training at WNC, there are services and funding available through JOIN Inc. and Nevada JobConnect. JOIN helps individuals train and prepare — including enrollment in WNC’s accelerated MTT program — for lasting career opportunities. Nevada JobConnect has helped Fulton’s students purchase boots, prescription glasses and some of the tools they need for employment.

“People don’t think they can go to school,” Fulton said. “There is funding everywhere you look. For unemployed or underemployed, going to school is really beneficial.”

Anyone interested in the accelerated program for spring semester needs to enroll immediately. Classes begin Monday, Jan. 23. For MTT, late enrollment may be considered.

For more information about WNC’s MTT program, contact Fulton at 775-445-4421 or David.Fulton@wnc.edu.