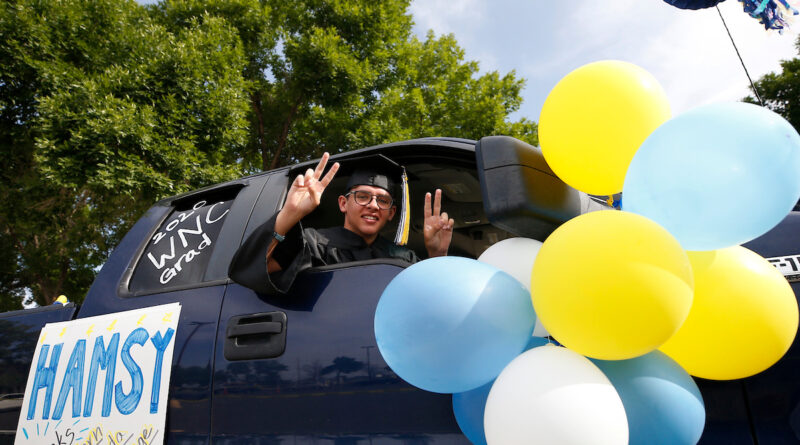 Western Nevada College graduates will be receiving not one, not two but three commencement ceremonies in May.

Similar to the prior year, WNC has decided to honor its 2020-21 graduates with drive-through ceremonies on its Carson City and Fallon campuses. Titled the “Parade of Graduates,” ceremonies are planned for May 24-25 on the Carson campus and May 27 on the Fallon campus.

“We hosted successful drive-through celebrations last year that were well-received by the graduates and their families and friends who attended,” said WNC Commencement Coordinator Dianne Hilliard, director of Admissions & Records and registrar.

The ceremonies in Carson City will be separated by division and/or degrees awarded, while the Fallon ceremony will include all grads:

• Thursday, May 27 — Fallon — all divisions, degrees and certificates of achievement

Each ceremony will begin at 9 a.m. Graduates will be given the opportunity to have family or friends drive them to a selected area on campus, exit their vehicle and have their name announced while crossing a stage and being cheered by dignitaries, WNC faculty and staff, and others.

Social distancing measures will be in place as needed to ensure the safety of graduates and staff.