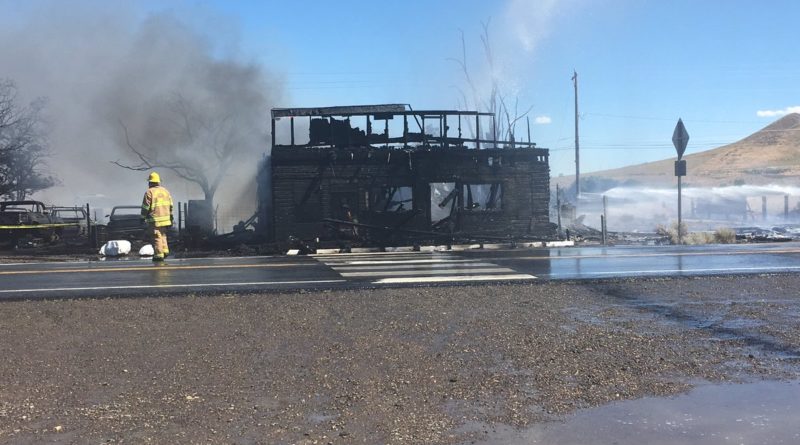 After a fire burned an acre and destroyed four structures Wednesday afternoon in Wadsworth, the Washoe County Sheriff’s Office is conducting an investigation to determine the cause of the fire and whether the fire is related to a shooting that occurred at the same location Sunday evening.

The fire destroyed the Junction Station building as well as a barn and two trailers at the intersection of State Routes 447 and 427 in Wadsworth.

The fire occurred at the same location where one person was shot Sunday evening.

Washoe County Sheriff’s Office public information officer Bob Harmon said an investigation is ongoing to determine the cause of the fire and whether it had anything to do with Sundays shooting.

Harmon said one person was detained after Sunday’s shooting, but that person has not yet been charged and is cooperating with investigators. He said the shooting Sunday happened outside of the building, on private property.

The victim in the shooting was transported to a Reno hospital, and Harmon said Wednesday he did not know if the victim was still hospitalized.