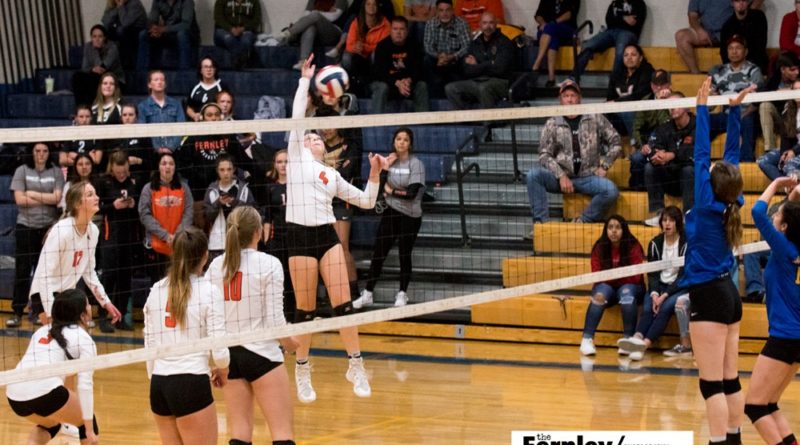 After suffering their first loss in league play, the Fernley High School volleyball team went on the road and came back with three dominant victories.

Now they’ll get another shot to show the belong at the top of the league standings.

The Vaqueros got off to a 4-0 start in league play, beating Fallon, Dayton, Sparks and North Tahoe.

Coach Diane Chapin said the Vaqueros struggled with their serve receive against the Vikings, a team they had beaten in two sets in a tournament in Reno.

The Vikings served 16 aces in that match, but even when the Vaqueros returned a serve, they were often off target in their initial pass, making it difficult to set up their attack. They still managed 30 kills, but on 114 attacks, a 26.3 percent success rate.

Fernley scored 26 of its 75 points on kills, with Aschlynn Roemer and Willow Jacobson collecting six each.

Colby Johnson led the team with 11 kills and Jacobson had 10, while setter Natalie Stewart had 20 assists.

Johnson had 10 kills, while the defense came up with 36 digs, led by 8 by Katelyn Bunyard.

“The girls played really well on a tough road stretch,” coach Diane Chapin said. “I felt South Tahoe out served us and we did a great job improving in that area, also the girls are really starting to work well and get comfortable with any lineup we put together.”

Chapin said the Vaqueros fought in a lot of long rallies and are reducing their unforced errors.

“Each player is working hard to improve each aspect of their game,” she said.

In their only game this week, the Vaqueros will host Truckee Wednesday at 6 p.m. Truckee leads the Northern 3A at 7-0, with South Tahoe right behind at 6-0.

“We will need to limit mistakes and take advantage of any opportunity we see,” Chapin said.