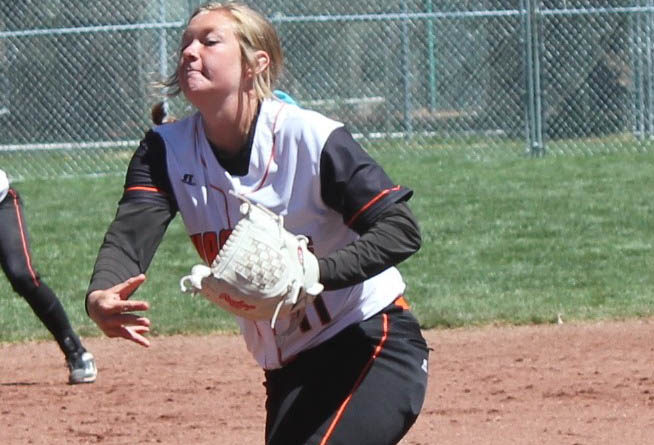 The Fernley High School softball team backed up shutout pitching by McKenna Montgomery with a 13-hit attack to cruise past Moapa Valley, 11-0, in the first round of the 3A State Tournament in Las Vegas Thursday night.

Brooke Chapin, Hailee Edgar and Macie Kirk drove in three runs each for the Vaqueros.

Kirk singled in two runs in the first inning to give the Vaqueros an early lead, and Chapin hit a two-run single in the third inning to make it 4-0.

It was 6-0 into the sixth inning, when the Vaqueros scored five times to put the game away.

Edgar went 4-for-4 and also scored three runs, while Chapin was 2-3.

Fernley will play Fallon, which beat Pahrump 10-3, at 4:30 pm. Friday. Moapa Valley will face Pahrump in an elimination game at 2 p.m.