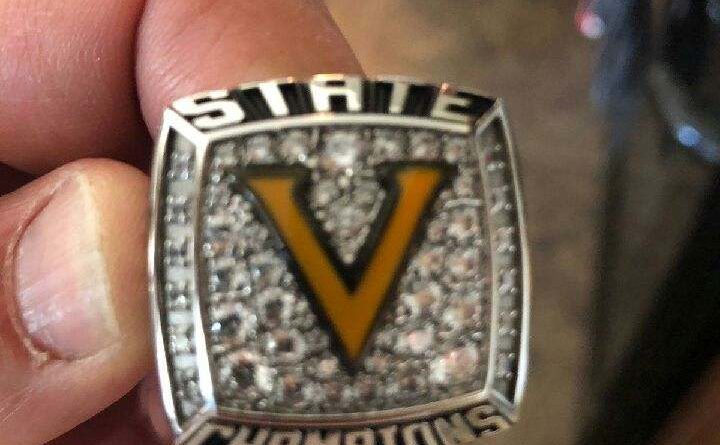 It may not have been the kind of jubilant ceremony they envisioned on that magical November night in Carson City, but the players on the Fernley High School football team received their state championship rings Monday evening.

In a ceremony similar to graduation, players, coaches and managers filed into the gym one by one to receive their rings Monday. They then went outside for photos.

Coach Chris Ward said the ceremony wasn’t what the team had in mind, but nonetheless, the players were excited to receive their rings, which were delivered about two months later than expected.

The rings are silver, with an orange V on top, and the player’s last name, number and position on the sides.

Each player who was with the program for the whole season and who was on the varsity team for the playoffs and in good standing received a ring.

Donors and sponsors helped pay for some of the costs, with the players and coaches each paying the rest.