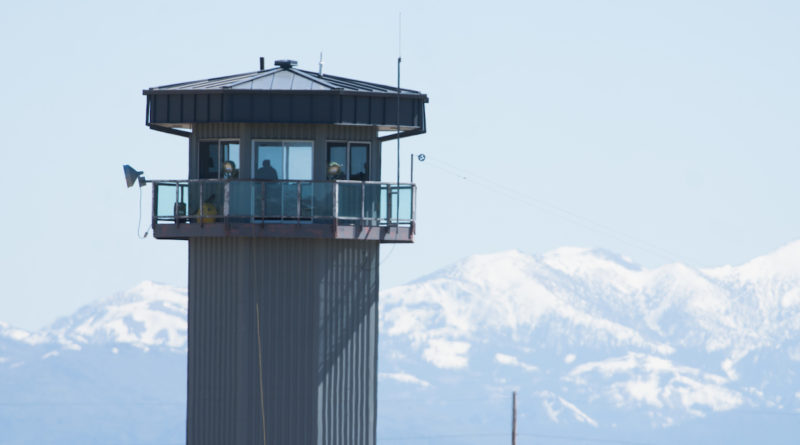 Nevada’s plan to use private prisons to ease overcrowding in state facilities has already been controversial on principle — Democratic lawmakers don’t like the idea of a company profiting off incarceration.

But civil liberties advocates are raising another concern about the arrangement — that private companies contracting with the government aren’t subject to state or federal public records laws, potentially complicating the public’s ability to get timely, complete information about how safely and effectively Nevada inmates are being taken care of.

“There’s really no oversight over that if we’re not able to request that information through [the Freedom of Information Act],” said Holly Welborn of the American Civil Liberties Union of Nevada. “There’s no way to hold them accountable.”

Nevada Department of Corrections Chief James Dzurenda said the 200 or so inmates who will be sent to Arizona in November through a $9.2 million, two-year contract with the company CoreCivic will be treated with the same standards as the nearly 14,000 inmates under Nevada’s direct supervision. The agency also says they’ll be collecting the same information from the company as they would about inmates in state prisons — data about inmate grievances, disciplinary action, segregation, hospitalizations and deaths — to provide to the governor and the Legislature.

But the department has yet to release specific reporting requirements and procedures. As of last week, spokeswoman Brooke Keast said they were still being finalized.

The state of Hawaii, whose prisoners occupy most of the space at the Arizona facility where Nevada inmates will go, conducts audits every three months to ensure the prison is complying with its state contractual standards and posts the reports online. Auditors draw from records reviews, staff and inmate interviews and observations to fill out a detailed, 243-point checklist covering everything from whether substance abuse counselors are certified to whether refrigerators are maintained at the proper temperature.

It’s unclear if Nevada will take the same approach. And even if the state is collecting the information, Welborn warned that contractors can sometimes exploit a loophole by marking key documents as “internal,” preventing their public release.

Democratic Assemblywoman Daniele Monroe-Moreno, a former corrections officer herself, sponsored a bill in the 2017 session that started out banning the use of private prisons and later became a measure eliminating their use after five years. It was vetoed by Gov. Brian Sandoval, who said he didn’t want to tie the hands of the corrections agency when trends in the prison population are so unpredictable.

In hindsight, she says, she should have split her bill into two. In addition to the more controversial ban, the bill set reporting requirements for any outside prisons companies the state works with, mandating data about the makeup of the prison population, their discipline and how many were participating in rehabilitation programming, and requiring biannual, on-site inspections of private prisons to ensure compliance with a contract.

“I will be staying on top of that,” Monroe-Moreno said. “Whether it’s mandated or not, [Dzurenda] seems to be in agreement with me and others that that information is vitally important.”

The case for private prisons

Corrections officials have sounded a desperate plea to get relief from out-of-state as they struggle with a stubbornly high staff vacancy rate and cramped quarters. There were 13,683 inmates in the system as of mid-October, which is hundreds more people than beds, and several wings of Nevada prisons will be going out of commission soon for major repairs  and upgrades.

“We have 322 inmates today that are not sleeping or being housed in traditional bed areas,” Dzurenda told the Board of Examiners on Oct. 10, when they approved the CoreCivic contract. “Those inmates go into day room areas, program areas that we make appropriate housing for, but it takes away program space that we know is going to help get these inmates back into society much better than they came in.”

The pleas for funding for private prison space were met with skepticism in the Democratic-controlled Legislature, which only authorized money for 200 inmates to be sent out of state rather than the 400 the agency requested. Dzurenda expressed some regret that the state had to resort to the private solution at all.

“It’s unfortunate that the state has to even look at this today,” he told the board.

But he suggested that the state could be better off if it’s able to send away the worst bullies and bad apples, relieving inmates who truly want to change. The agency plans to prioritize inmates who are “identified with strategic threat groups,” are having disciplinary issues or are not originally from Nevada as the first to move, although Dzurenda said he won’t be transferring people with serious mental illness.

“I think it’s important if I make a pact with our staff that we’re not going to tolerate this. We’re not going to tolerate any of this behavior by these inmates,” Dzurenda said. “If they want to partake in gang activity, if they want to disrupt the operation of our facilities, they will find themselves going to Arizona where I can create a better environment here in Nevada for those that really do need the help to get back in the community.”

While this marks Nevada’s first time working with a private prison, the practice is done at a higher rate at the federal level. About 18 percent of federal prisoners (34,900 inmates) are housed in a contract prison, while about 7 percent of state prisoners (91,300 inmates) were in private facilities in 2015.

Private operators such as CoreCivic also run many detention centers for Immigration and Customs Enforcement (ICE), including the 1,072-bed Nevada Southern Detention Center in Pahrump. Almost three quarters of federal immigration detainees are in private facilities.

“We appreciate Nevada’s trust in CoreCivic to provide them a high quality, flexible solution to their current needs,” said Jonathan Burns, a spokesman for the company, which was the only one to submit a bid to serve Nevada. “CoreCivic has more than 30 years of experience providing safe, secure and humane correctional services and effective reentry programming to diverse correctional populations. We are confident our state-of-the-art facility, combined with CoreCivic’s deep experience managing a wide range of inmates, will lead to a successful partnership.”

But the world of private prisons hasn’t all been rosy, according to a report from the Department of Justice’s inspector general in 2016 that compared 14 private prisons with 14 federally run prisons. It found that from fiscal years 2011 through 2014, the private facilities had more contraband, reports of incidents, lockdowns, inmate discipline, telephone monitoring and grievances than the public facilities.

Under the Obama Administration, the tide turned against the use of private prisons. In August 2016, then-Deputy Attorney General Sally Yates directed the Bureau of Prisons not to renew or substantially reduce the scope of private prison contracts as they expire. Current Attorney General Jeff Sessions rescinded the memo this February, saying it impaired the bureau’s ability to respond to future needs.

Now some lawmakers are asking for more insight into the contract facilities’ operations. Maryland Sen. Ben Cardin introduced a bill in August that would require private prisons to be subject to the Freedom of Information Act.

“Private prisons account for 20 percent of our federal prison and detention population but hide behind loopholes in the law when it comes to how they perform their job on behalf of the American people,” Cardin said about the measure, which has the support of open government groups but has no co-sponsors.

Barry Smith, director of the Nevada Press Association, agrees. He believes any contract outsourcing state functions to a private company should explicitly state that all records remain under the ownership and control of the government, thus making them public records.

“Private companies doing the work of a government agency should still be subject to the same open-records requirements as the government itself,” Smith said. “In the case of a prison, it should be obvious that everything a contractor does is acting in the role of the Department of Corrections. We can’t have secret jails or a shadow justice system. It has to be an open book.”

Dzurenda said he and NDOC’s director of programs visited the Arizona facility, which is located in Eloy — halfway between Tucson and Phoenix. The 1,896-bed prison was built mainly for inmates from Hawaii because it’s cheaper than keeping them on the islands, and the facility observes Hawaiian traditions and holidays including King Kamehameha Day.

“It was important for us to see that so I can feel comfortable that they will be receiving the services that we asked for, but also that we’re not going to reduce any of the services for these offenders, for reentry back into the community when that point comes,” said Dzurenda.

He noted that the prison is accredited by the American Correctional Administration, which he said conducts audits to ensure the treatment, programs, grievance process and out of cell time meet standards.

“And you’re 100 percent … that they will be treated the same as if they were in Nevada?” Sandoval asked at the Board of Examiners meeting.

“That is correct,” Dzurenda answered.

Monroe-Moreno didn’t get to check out the Arizona facility on Dzurenda’s recent tour. But she said she plans to do so moving forward, and wants the state to work on getting an unvarnished picture of how the private company is handling the public’s wards.

“When you have company coming, everything is shiny and new,” she said. “I think we need more unannounced visits … sometimes that’s a logistical nightmare but that’s when you find out the truth.”