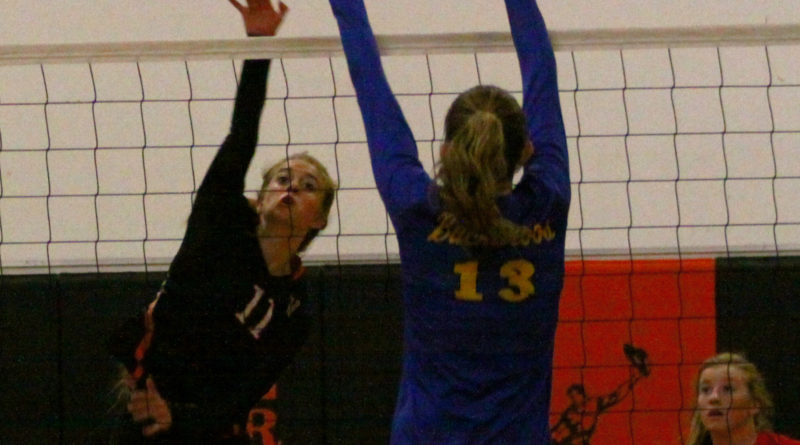 When the Fernley High School volleyball team went to South Tahoe last Thursday, the Vaqueros had a chance to clinch one of the top two seeds and a first-round bye in the 3A Northern Regional Tournament.

Instead, the Vikings defeated the Vaqueros in consecutive sets, sending all six of the tournament seeds into tiebreaking chaos.

South Tahoe beat Fernley 25-23, 25-12, 25-16, which temporarily knocked the Vaqueros out of a first place tie. However, Truckee’s win at Lowry last Wednesday, followed by a win by South Tahoe over Truckee Monday, again created a 3-way tie atop the league standings between Truckee, Lowry and Fernley. In addition, there was a 3-way tie for fourth place, requiring tiebreakers to sort out the fourth, fifth and sixth seeds.

Because Fernley and Lowry were all 2-2 within the tie, the next tiebreaker is games won within the tied teams. Truckee is 10-7 in games within the mini-tie-breaker to win their tie and get the No. 1 seed. The Lowry and Fernley tie-breaker then reverted back to head-to-head after Truckee advanced.  Under that scenario, Lowry and Fernley split their two matches against one another, then also had the same number of points for wins by their defeated opponents, so they had to go games won within their own matches. Lowry wins that, 4-3, to get the No. 2 seed.

Elko, South Tahoe and Dayton all wound up at 10-6 in league play. Elko won its three-way tie for fourth by being best at 8-7 in games between the tied team (South Tahoe was 7-7 and Dayton was 7-8). Reverting back to head-to-head for the fifth and sixth seeds, South Tahoe swept Dayton to get the No. 5 seed.

As the No. 3 seed, Fernley will face Dayton in the first round of the regional tournament Friday at 7 p.m. at Fallon. The winner will advance to the semifinals to face Lowry at 2 p.m. Saturday, with the championship match to follow at 4:30 p.m.

The two championship finalists will both advance to next week’s State Tournament, which will be played at Faith Lutheran in Las Vegas Nov. 10-11.

At South Tahoe, the Vaqueros lost the battle at the net, managing only 14 kills, while South Tahoe had 35. The Vikings also had 14 total blocks, to Fernley’s 4.

Katelyn Garnett led Fernley with 5 kills, while Raye Arroyo had 3 and Jaiden Sullivan and Abby Martin had two each. Natalie Stewart had 13 assists.