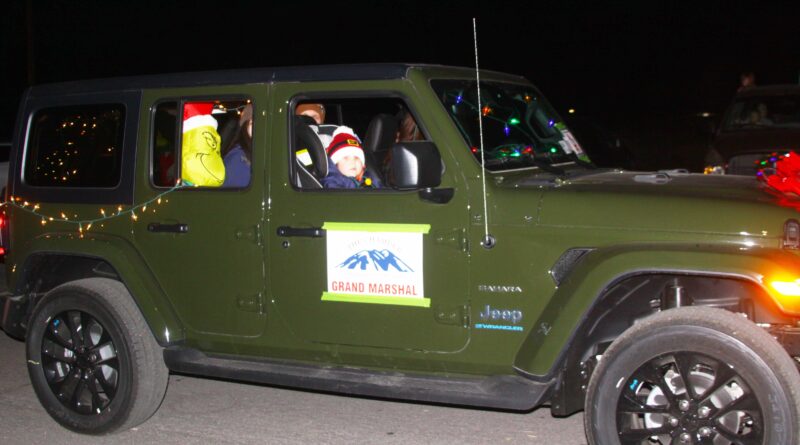 Like many kids his age, Lucas Walker is fascinated by garbage trucks.

Lucas, who was diagnosed with leukemia in September, loves them so much that he wanted to be a garbage man for Halloween.

Dressed in his waste management costume, his parents, Tyler and Veronica, took him to a trunk or treat event, where he happened to meet Waste Management construction services account manager Shannon Murphy. Murphy hooked him up with two toy garbage trucks, and got the ball rolling that eventually led to the Fernley Chamber of Commerce nominating him as the grand marshal for Saturday’s Christmas Day parade.

Lucas began chemotherapy the same day he was diagnosed, and has had weekly treatments since. He is scheduled for a total of 27 months of chemo.

“The first month was really hard, because the first month they had him on a steroid and it just sucked a lot of his energy out,” Tyler Walker said. “But since after that first month he’s been a little bit back to normal, a lot more energy, running around.”

Best of all, after four weeks of chemo, a bone marrow biopsy showed that Lucas is in remission.

But Saturday, Lucas was riding shotgun in a Jeep for the Christmas Parade, and was first in line for the chance to meet Santa and Mrs. Claus.

“He was very excited and he had a lot of fun tonight,” Veronica said.

Lucas’ family has shared his story and set up a donation page where you can go to help them out. You can check it out it here.