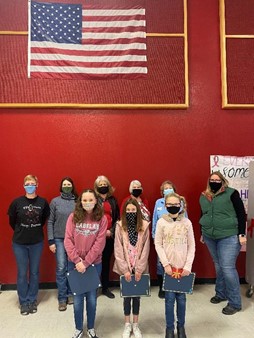 The Fernley Republican Women held a writing contest as part of its literacy program. Students who wished to participate were tasked with creating a written piece on the topic, “Why it is Important for Americans to Vote?”

Fernley Intermediate would like to thank Anita Trone, Judy Williams, Susan Knodell, Carol Franich, Peggy Gray and all the members of the Fernley Republican Women’s group for giving our students the opportunity to take part in their literacy program.