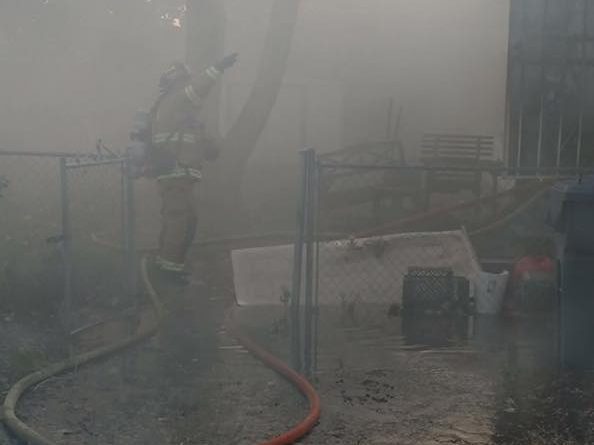 Three people lost their home by a fire Thursday evening in the Rewana Mobile Home Park in Fernley.

“An individual took a pan out and set it on the porch,” Huntley said. “It ran through the attic and it took us a considerable time to put it out, which is typical on a single wide mobile home like we had here.”

The American Red Cross was called in to assist the family, Huntley said.

One person suffered minor injuries trying to extinguish the blaze and was transported to the hospital by ambulance, Huntley said.