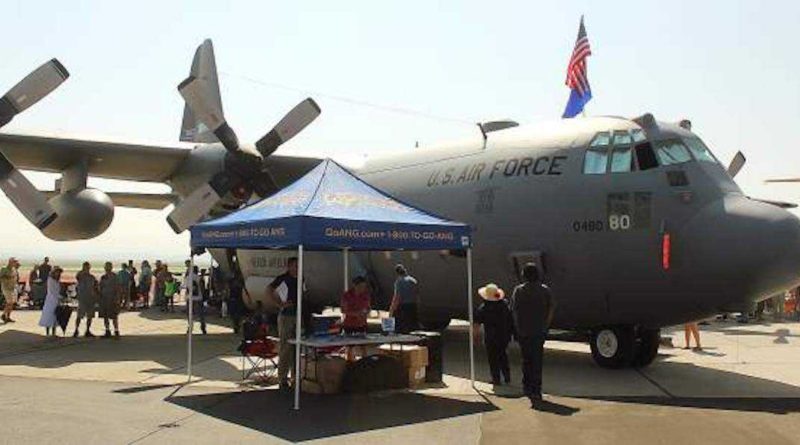 This year’s National Championship Air Races north of Reno has something specially planned for the 2017 show.

“The National Championship Air Races have a long and proud history of working with and supporting our military,” said Tony Logoteta, RARA’s chief operating officer. “We are proud to dedicate an entire day to honor and celebrate the service so many brave men and women have given and are giving to our country.”

“We are thrilled to offer our inaugural appreciation day and USO-type show to the military,” said Walker, whose husband Is a Navy pilot.

Walker said a big day is planned that includes static airplane displays, air demonstrations and racing and a USO-type show featuring the Bama Girls Troupe, all former Miss Alabamas. The troupe will sing the national anthem at both opening ceremonies on both Saturday and Sunday and present a high-energy show featuring well-known military songs and selections from other genres. The troupe’s 90-minute show on Saturday begins at 5 p.m.

“Since 1989, the Bama Girls have entertained troops around the globe from Panama to Guantanamo Bay, to Iraq and installations all across the United States,” Walker said, adding the show is sponsored by the city of Fallon, CamGuard, Spencer Aircraft Supply, Disabled American Veterans’ Reno chapter and the Not New Shop at NAS Fallon.

“We greatly appreciate their incredible support of our military and their families,” Walker said.

Sanders said she has been passionate about being the liaison for the military appreciation day and also saw the day as one for relaxation for many military personnel including sailors and aviators from carrier air wing training at Fallon that will be performing back-to-back deployments. She said the Navy will be transporting the aviaitors and their crews to Reno for the air races.

“My dad’s been racing here for 15 years, and as a daughter of the military and active-duty spouse, I saw this as a perfect opportunity for a day of R&R (rest and recreation) for our military,” she said.

According to Walker, the military will be excited to see the displayed aircraft including the C-130 transport plane, the C-17 Globemaster, AV-8B Harrier, the F/A-18 Super Hornet and EA-18G Growler, A10 Thunderbolt II and various helicopters.

“As always, the National Championship Air Races are showcasing a number of military static displays during race week, and we look forward to our current and retired military fans being able to see these types of aircraft up close,” Logoteta added.

Sanders agreed, saying the military guests will enjoy the static displays from all services. Based on the number of tickets already distributed to all branches of the military, Walker said she is anxious for this year’s show and air races to begin in several weeks and optimistic about Military Appreciation Day becoming an integral part of the annual air races.

A small number of tickets remain for military personnel and may be reserved by calling one of the following locations – first come, first served: