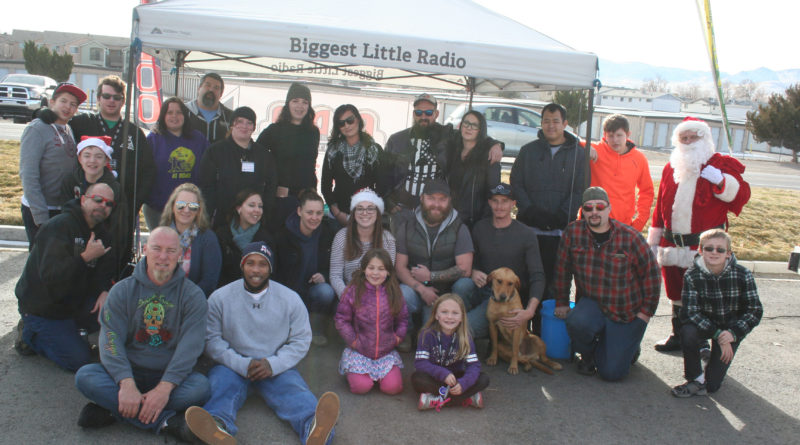 A Fernley tattoo parlor hosted a fundraiser Dec. 23 to help the family of a 7-year old girl who has developed liver failure due to side effects of medication for Genetic Epilepsy.

Payneless Tattoo, located at 420 E. Main St., hosted the fundraiser, which included a handful of vendors, as well as the donation of all of the proceeds of that day’s piercings and tattoos.

Kireann Gregg, a second grader at Cottonwood Elementary School, was diagnosed with Genetic Epilepsy about two years ago, her stepmother, Missina Gregg, said.

Ki, as her parents call her, has been on eight different medications in attempts to control the frequent seizures, sometimes upward of 250 per day, Missina Gregg said. Some of the medications caused terrible side effects, including violent outbursts, or causing her to tired constantly.

However, several weeks ago, bloodwork showed that Ki’s liver and kidneys were converting protein into ammonia, and she had gone into Stage 1 liver failure.

Doctors have backed off the epilepsy medications in attempts to find out which ones are causing the liver failure. Gregg said they are trying to get her referred to the UC Davis Children’s Hospital, or to Shriner’s Hospital, but they are on Medicare, which only covers treatments in-state.

“This was devastating to me because they’re such giving people and never ask for anything in return,” Precious said.

Missina Gregg said doctors have Ki down to two medications and are awaiting bloodwork to determine whether the Ki’s ammonia levels are under control.

Meanwhile, she said, the doctors are trying to figure out the balance to treat the epilepsy without further damaging the liver and kidneys.

Missina Gregg struggled to find adequate words to express her gratitude for the fundraiser. She also said Ki’s teacher at Cottonwood, Joanne Diffenderfer, and school nurse Nancy Bailey, have been extremely supportive.

“It’s been, I don’t have words for it,” Missina Gregg said. “A blessing, unexpected.”