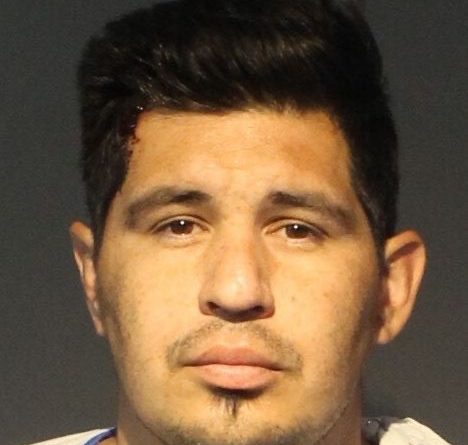 The suspect shot by Sparks Police near Derby Dam last week was the same man who was arrested after he led Lyon County Sheriff’s Office deputies on a chase through Fernley in 2015.

The Washoe County Sheriff’s Office Wednesday identified the man who was shot by a Sparks Police Department officer as Joseph Patrick Williams, 38, of Sparks.

He was shot in the early morning of May 5 after a pursuit that began in Sparks and ended on Interstate 80 near Derby Dam.

WCSO is the lead agency into the officer-involved shooting.

The chase began when Sparks Police officers responded to a reported larceny at a business in the 1600 block of Victorian Avenue. Officers say they saw Williams getting into a vehicle and driving away. They attempted a traffic stop, but said Williams fled in the vehicle, and they pursued.

Officers said they heard a noise that may have been gunfire, causing them to pursue with caution. The pursuit continued through the industrial area of east Sparks, where police charge the suspect drove through a fence in order to elude officers. The chase continued to the eastbound lanes of Interstate 80 where Williams continued to elude officers even after his vehicle had run over a spike strip placed by Nevada Highway Patrol.

Williams was shot by at least one officer at approximately 12:56 a.m. on the freeway near mile marker 41. He was transported to a Reno hospital for treatment. No other civilians or officers were injured in this incident.

Although officers reported hearing a noise that might have been a gunshot, they did not report finding a weapon. Some of Williams’ family members have posted on Facebook that Williams was unarmed when he was shot. They also say he was shot nine times and that officers fired more than 70 shots in the incident.

Williams has since been released from the hospital and booked into the Washoe County jail on a felony charge of a driver disobeying a peace officer and endangering others. He is being held on $10,000 bail. Although police said the original call was a report of a larceny, Williams has not yet been charged with theft.

Williams was arrested Oct. 18, 2015 after an hour-long chase involving three law enforcement agencies. In that case, a Lyon County deputy stopped Williams on suspicion of driving under the influence. LCSO charged that when the deputy asked Williams to leave his vehicle, he drove away. For almost an hour, members of law enforcement pursued the fleeing vehicle through Fernley, Interstate 80, Nevada 447 and on Pyramid Lake Tribal lands.

Williams was charged with ramming two law enforcement vehicles during that chase, which ended at the intersection of Soaring and Wildwood Streets in Fernley when a Tribal police vehicle collided with Williams’ vehicle.