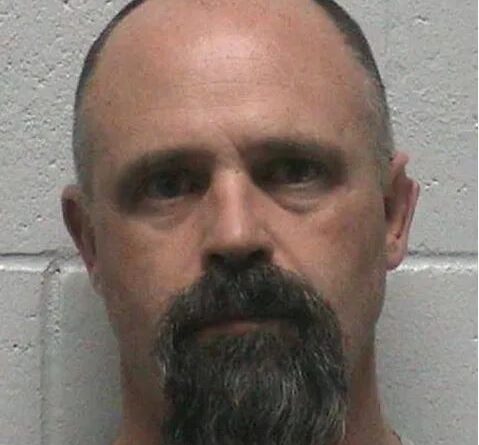 By Rachel Dahl and Robert Perea, The Fernley Reporter

In a press release this afternoon from the Lyon County Sheriff it was announced that the Bail Hearing for Troy Driver will be held at the Canal Township Justice Court at 565 E. Main St, Fernley, Nevada on Wednesday March 30, 2022, at noon (Pacific Time Zone).

Driver will be physically located at the Yerington Jail for the hearing and will appear on Zoom at the Courthouse.

Court documents from the Mendocino Superior Court in California show that Troy Edward Driver was sentenced in September of 1997 to 15 years in prison at San Quentin. He was given 156 days credit for days served plus good/work time for three charges of robbery with enhancements for using a firearm in each of the robberies. He was also found guilty of accessory in the death of a known drug dealer for helping to dispose of the body.

His case was disposed on September 26, 1997, suggesting that Driver served 12 of the 15 year sentence.

Driver was arrested in the kidnapping of Naomi Irion, age 18 who went missing from the Walmart in Fernley on March 12 as she waited for the bus to Panasonic where she worked. Her vehicle was found March 15. Evidence inside her car suggests suspicious activity or violence. On March 16, sheriff’s officials released surveillance images of the suspect who was seen at Irion’s vehicle

“This is still a very active investigation, and more information will be released as it becomes available. Naomi has still not been located, and we are continuing to search for her and information,” the press release from the Lyon County Sheriff said.

Irion is described as 5′11″ with dyed black hair. Her family said her eyes are green, but one also has brown in it.