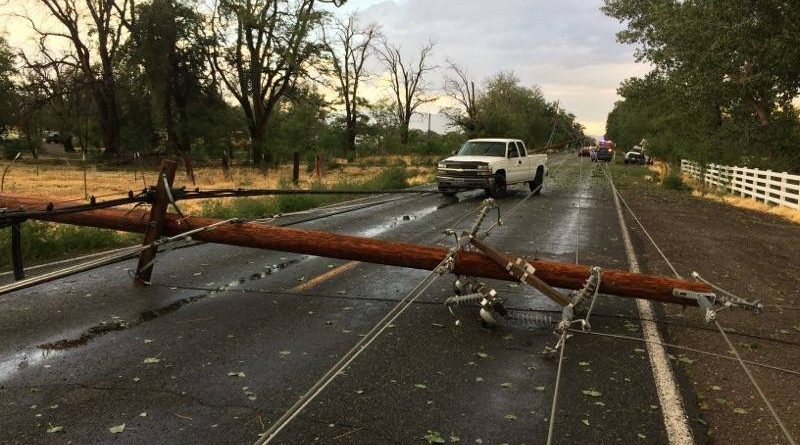 Approximately 18 power poles are down on Farm District Road due to the storm. Farm District Road will be closed from Jasmine Lane to Red Rock Road, in addition access roads are closed to Farm District. Currently Country Ranch Estates has no access in or out, utility crews are asking residents of this area to shelter in place. Power poles are de-energized; however, crews are asking the public to avoid this area until further notice. NV Energy intends to sever the lines that are currently obstructing the road. Access to Autumn Winds subdivision can be reached via the Clearwater Bridge if necessary. Utility crews and City crews are out working to assist where possible.

More than 1,600 homes are without power after a storm blew through and knocked down several power poles along Farm District Road Monday afternoon.

Mayor Roy Edgington said 12 to 15 power poles have been knocked down.

“We just had a really freak storm roll though and took down a string of power poles,” Edgington said. “That’s a main line that goes through there, too.”

“I think it’s going to be longer than that,” Edgington said.