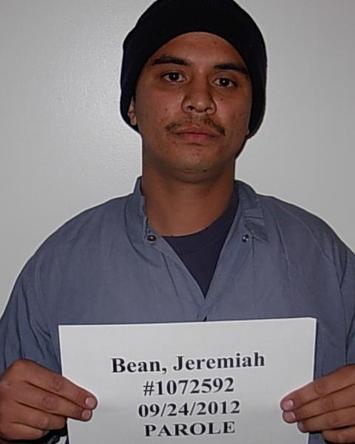 The Nevada Supreme Court has upheld the conviction and death sentence of Jeremiah Bean, who was sentenced to death in 2015 for the murders of four people in Fernley and one in Mustang in 2013.

Bean was convicted for the murders that happened during a crime spree in May, 2013. Bean first shot Robert and Dorothy Pape in their home and took property from their home and drove away in their truck. When the truck got stranded on Interstate 80, Bean shot Elliezear Graham after Graham had stopped to help him, then drove Graham’s truck back to the Pape residence, where he set it on fire in the garage.

He then entered the home of Angie Duff and Lester Leiber, where he shot and stabbed Leiber to death, stabbed Duff to death and left the home with their pistol.

Bean was sentenced to death for each count of first-degree murder various consecutive terms in prison for the other offenses.

Bean appeal on eight issues, each of which was rejected by the court.

The Nevada Supreme Court heard oral arguments in the case  May 6, and issued its written decision Sept. 20.

Bean’s appeal argued that the district court erred in denying his motion to strike the death penalty due to intellectual disability. The court disagreed, finding that Bean’s IQ of between 78 and 83 as not two standard deviations below the mean, the clinical definition of “subaverage intellectual functioning,” which would equate to a score of approximately 70 points or lower.

The court also found that the test results were consistent with Bean’s prior academic achievement and scores on other objective measures of cognitive ability and that Bean’s attempt to feign mental illness while speaking with officers was inconsistent with significantly subaverage intellectual functioning.

The court also ruled that the District Court did not improperly limit voir dire during jury selection, as Bean’s appeal charged.

Bean’s attorneys argued that the District Court should have granted his motion for a change of venue because the murders were highly publicized, and he could therefore not get a fair trial in the small community where the murders occurred. However, the Surpre Court ruled that the voir dire transcript does not demonstrate that the media coverage had become so saturated that a fair and impartial jury could not be seated.

The Court also disagreed with Bean’s argument that the district court erred in admitting evidence of his uncharged drug use during the weekend of the murders. The Court ruled that evidence of Bean’s drug use was relevant to his motive to commit the crimes, as witnesses testified that Bean pawned property and purchased drugs with the proceeds.

Bean’s appeal argued that the District Court erred in admitting evidence of his juvenile convictions during the penalty phase of the trial. On that issue, the Supreme Court ruled that his juvenile record was relevant to the jury’s sentencing decision because it showed an escalation in Bean’s criminal behavior and reflected on his amenability to rehabilitation.

The court also rejected the argument that the district court erred by limiting testimony from Bean’s gang expert on how members of a gang with which he was affiliated view his crimes. The Court ruled the evidence excluded falls outside the scope of mitigating evidence.