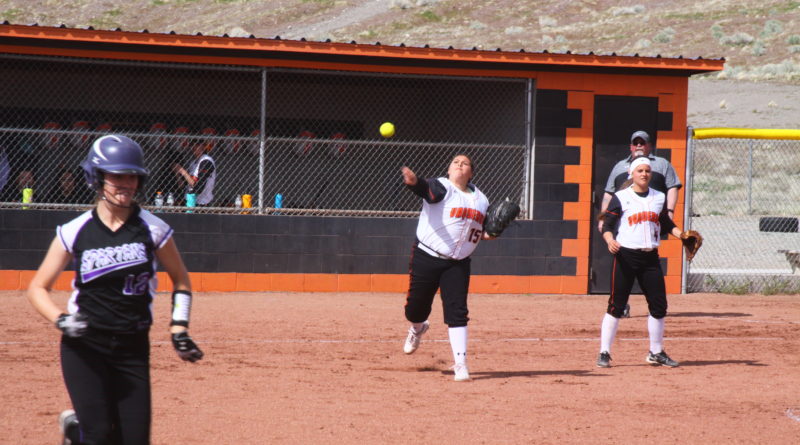 Outside of a 3-1 loss to Fallon on March 28, the Fernley High School girls softball team has outscored its opponents in its other 12 league games, 171-20.

Today the Vaqueros will try to avenge their only loss in league play, and stay in contention for the No. 1 seed in regional tournament play, when they face the Greenwave in the second game of their 3-game season series at 3 p.m. in Fallon.

The Greenwave have been just as dominant as the Vaqueros with a 10-0 record, outscoring their foes 154-37.

The Vaqueros are coming off a 3-game sweep over Spring Creek last week, winning 8-3 and 15-0 in a doubleheader last Wednesday, and 13-1 in a single game Thursday.

Coach Diane Chapin said the Vaqueros played three solid all-around games against the Spartans, after struggling to a slow start in the first game. Spring Creek led 3-2 in the fifth inning in the series opener, before the Vaqueros tied the game with a run in the bottom of the fifth and put it away with 5 in the sixth.

“We were struggling at the plate, but we finally started to execute some small ball and then it went better,” coach Diane Chapin said.

The Vaqueros had only 7 hits in that first game, but took advantage of their speed on the bases and some defensive miscues by the Spartans with several perfectly executed bunts.

They brought out the big sticks in the second game, with McKenna Montgomery, Reese Jones and Macie Kirk all hitting home runs, as a 10-run 4th inning ended the game by the mercy rule.

Jones hit another home run in the final game of the series Thursday, as the Vaqueros turned 6 hits, 6 walks and 6 Spring Creek errors into 13 runs.

At 12-1 in league play, the Vaqueros are behind both Fallon and Lowry, which is 11-0 in league play, but face the more difficult part of the league schedule in the final month of the season.

That starts with today’s game at Fallon, and Chapin said a key will be continuing to produce offensively.