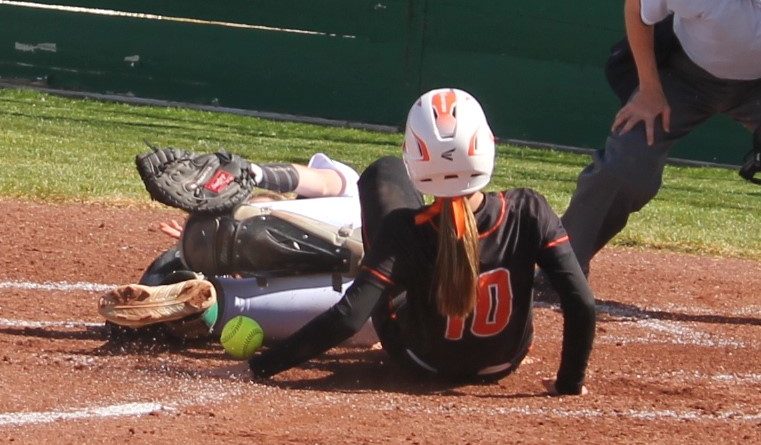 In winning the first two meetings of the season, the Fallon softball team showed more pop at the plate than Fernley.

Tuesday, that pop went boom, in the form of four home runs, that carried the Greenwave to an 8-2 win to complete a sweep of the season series.

The Vaqueros got their runs early, one in the first inning and one in the second, with Reese Jones driving in one run and Hannah Curtis knocking in the other,

But the Vaqueros managed just five hits, including doubles by Hailee Edgar and Ali Conder.

The Greenwave scored three runs in the third inning and three more in the fourth to take control of the game. Fallon got 11 hits off Fernley pitcher McKenna Montgomery, who struck out 9 and walked just 1.

Fallon pitcher Kayla Buckmaster struck out none with no walks.

The loss drops Fernley to 15-3 and into a tie for second place with Lowry in the Northern 3A, while Fallon maintained the league lead with an 18-0 record.

The Vaqueros play at Elko this weekend, with a single game Friday at 3 p.m. and a doubleheader Saturday at 10 a.m. They complete the regular season the following weekend with a 3-game series at Lowry.