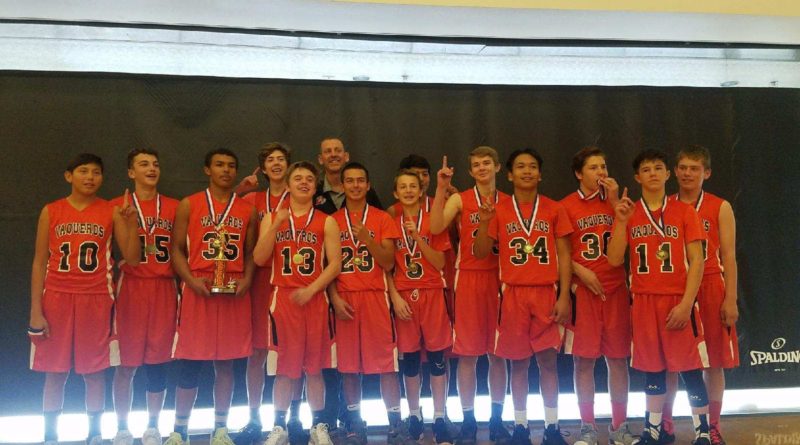 Every team goes into seasons with goals and this year’s Silverland Middle School 8th grade boys basketball team was no different.

The team was coming off an unbeaten season last year and won the Sage Brush League Championship as 7th graders.

“Get better every day. The rest would take care of itself, Burns said. “You can say the words, but what you do ultimately determines whether you reach that goal or not. This group of boys never wavered in working hard to achieve this goal.”

The result was another undefeated year and winning the Sagebrush League Championship for the second year in a row as 8th graders.

Silverland beat Dayton in the semifinals, 36-27, to put reach the championship game. Against Fallon, the lead for both teams was never more than 3 and came down to the last possession. With the game tied, Cannon Brown was fouled with no time on the clock. Shooting the first of the two shots awarded, Brown sank the first to secure the championship.

“I would like to thank the boys for a great season, not for all the wins, but because they dedicated themselves to being the best they could be on and off the floor, Burns said. “They played with pride, but most importantly they played with humility. And in the end, that is why they were able to accomplish their goals.”