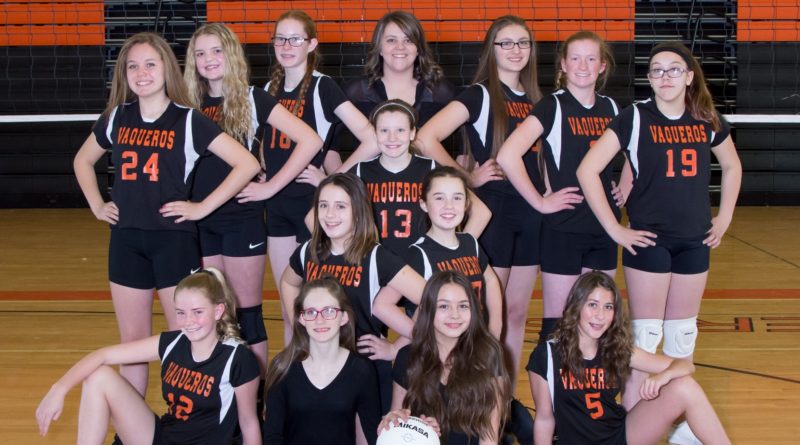 The Silverland Middle School 7th grade volleyball finished this season with an overall record of 6-7 and a league record of 3- 7.

Coach Jordan King said the Vaqueros had a great season with a great group of 14 girls. Mackenzie Depoali, Evven Johnson, and Haley Jenson were voted by their teammates as captains.

They defeated Silver Stage three times, including once at the Sagebrush League Championship tournament. They also went on to beat Winnemucca, Pyramid Lake, and Coral Academy.

Silverland fell short to Dayton, Fallon, and Yerington each time they played, all close games.

At the end of the season, Silverland went into the Sagebrush League tournament as the No. 4 team. They won their first round and then lost to the No. 1 team, Yerington in a close and competitive battle. The Vaqueros finished the season as the No. 3 team in the league for 2018.