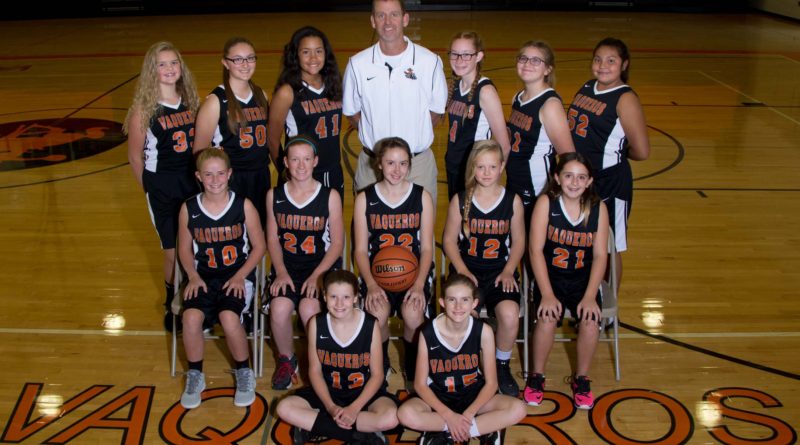 The Silverland Middle School 7th grade girls basketball team ended its season with a 5-5 record in the Sagebrush League.

Coach Dave Burns said the players showed grit and determination to be the best they could be throughout the season.

“This record is not a clear indicator of just how much they improved throughout the season,” Burns said. “They came into the season with limited experience in the game of basketball, but made up for it with sheer determination to get better. Through this determination they improved in the game of basketball individually which most importantly helped us become a better team.”

Burns said he is very proud of the girls and thanks them for a great season.

“The girls were true athletes in all sense of the word and represented SMS to the highest of standards,” Burns said.