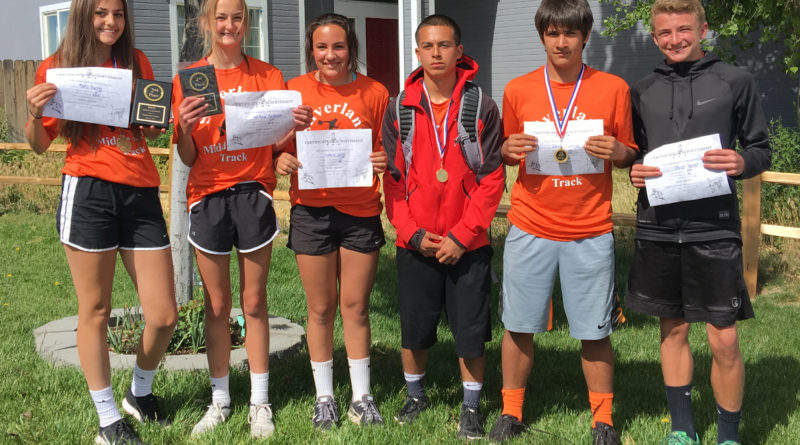 Many athletes improved throughout the season with personal bests on their times, throws and jumps. This year’s competition was elevated by having several non-league teams invited to the meets.

Coach Rieger, Coach Summers and Coach King are very proud of their accomplishments.

The HEX meet was held in Dayton, with a great showing from the team’s six athletes. The majority of the participants are 8th graders, but Silverland had two 7th graders compete this year.

The HEX events are shot put, high jump, 100m hurdles, 100m dash, 400m dash and 1600m run. These events are extremely taxing, all done within a few hours. Individual events are awarded first place and then all the participants are then ordered overall.

Karli Burns scored first place in the shot put and the hurdles, and placed second overall.

“(We’re) looking for great things from her next year,” Rieger said

For the Silverland boys, Joe Mendoza, a 7th grader, was a medal winner with an outstanding achievement placing eighth overall.

“He performed well, despite the fact that he was injured,” Rieger said. “Another wonderful season filled with success.”