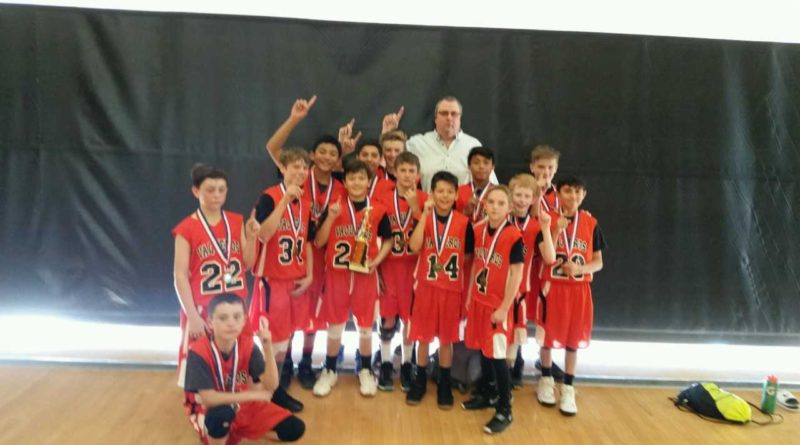 The Silverland Middle School 7th grade boys basketball team went undefeated in the Sagebrush League this year, and claimed a victory over Yerington to win the league championship.

Coach Matt Adamson said the final game was a great game to watch as both teams came to play.

“The players on both sides played great,” Adamson said. “The boys had talent and a great work ethic, every day in practice they wanted to get better, and they pushed and encouraged each other to work hard.”

Adamson said the players know the other teams in the league are good also and they need to work during the off season to stay on top.

“It is great as the coach to be able to watch the players get better and really come together playing team ball,” he said.