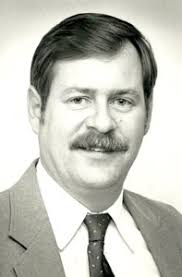 It is with great sadness that the family of former Lyon County Sheriff and Dayton resident, Sidney (Sid) Dennis Smith, announce his passing. Sid was born in Ely, NV on July 9, 1954 and passed away on June 29, 2020. Sid is preceded in death by his beloved wife of 40 years, Kathy, and his mother and father, Elsie and Hilman Smith. Sid was loved deeply by his children, Amanda (Keir) and Gretchen, and his sister Sally (Phelix). Sid is also survived by grandsons Cole and Declan, for whom he was in process of re-building motorcycles. Sid joined the Navy at age 17 and served until his honorable discharge in 1981. During his time in the military Sid received recognitions including a National Defense Service Medal, a Navy Expeditionary Medal, and a Sea Deployment Ribbon. In 1981, Sid entered law enforcement and successfully campaigned for the position of Lyon County Sheriff in 1992. He was re-elected for 3 subsequent terms. During his tenure as sheriff, Sid enhanced the D.A.R.E. program and Tri-Net Narcotics Task Force, implemented a detective division, gang task force, and neighborhood watch, and worked to secure enhanced training and equipment for the department. Sid was well-liked and respected and served honorably until his retirement in 2006. Sid enjoyed traveling throughout the western United States in his motorhome with his family and cherished dog, Ellie. He was known for his integrity, fairness, humor, and quick wit. Sid spent his life in the service of others and was an exceptional husband and father, and a true friend. He will be missed immensely. A small celebration of life will be held at a date to be announced.