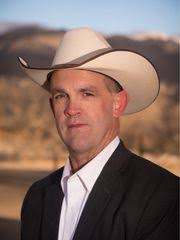 The Lyon County Sheriff’s Office will support the Governor’s directive on the wearing of masks in public through education, not enforcement, Sheriff Hunewill said in a statement Thursday.

Hunewill addressed several aspects of the directive in his statement, also asking that residents not call 911 to report violations of the directive, and adding that it is not illegal to carry a concealed weapon while wearing a mask.

The following is the text of Hunewill’s statement:

The Lyon County Sheriff’s Office recommends that everyone continues to exercise common sense, be aware of the CDC guidelines, and the recent directive from the Governor’s Office regarding the wearing of masks, especially high-risk groups.

Due to the minor nature of the possible offense, the potential for negative enforcement encounters, and anticipating the various ways in which the directive could be violated, it would be inappropriate for our deputies to take a direct enforcement approach and go after someone criminally. Instead we will continue to assist the Lyon County Board of Health and other members of county government in an educational capacity.

The Sheriff’s Office would like to remind everyone that 911 is for emergencies only. The reporting of potential mask violations would not fall into this category and we ask that you not use the 911 system to report violations of the Governors Directives.