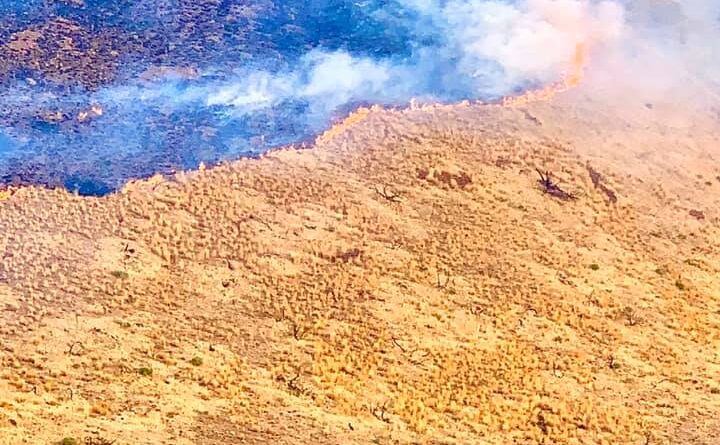 A brush fire near Sutcliffe has now burned about 750 acres, according to the Sierra Front Interagency Dispatch Center.

The Scrabble Fire in Hardscrabble Canyon west of Sutcliffe was sparked about 4 p.m. Aug. 18 by a lightning strike/

Pyramid Lake Paiute Tribe Emergency Response Coordinator Don Pelt said the fire burned in light and flashy fuels and is 40-percent contained. He said there is no anticipation of evacuations in the Sutcliffe community.

“NDF and BLM are working the fire currently and have a retardant line around 90 percent of the fire perimeter,” Pelt said. “All Pyramid Lake Fire Rescue EMS staff have been released to normal active duty while remaining available if needed. We appreciate the quick and supportive response of our neighboring agencies.”