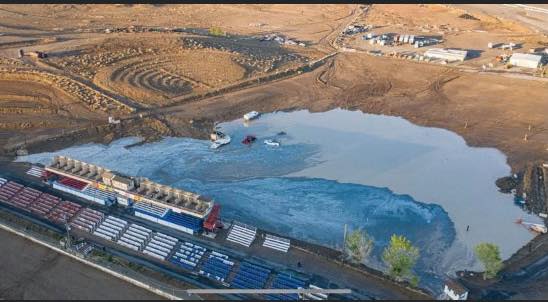 Saturday’s scheduled races at Fernley 95A Speedway have been canceled because of a thunderstorm Wednesday evening that flooded the tracks and parking lot.

At the race track, it appears much of the pit area would be a muddy mess, not to mention the speedway being flooded as well as much as the spectator parking.

With so much work needed to restore the track, pit areas and parking Saturday’s race has to be canceled. The next race on the schedule is Sept. 12.

In addition to the oval track being flooded, so were parts of the motocross track. As a result, all practice sessions this weekend have been canceled. Apparently the jumps did just fine, but it’s the low parts of the track that were rendered unusable.