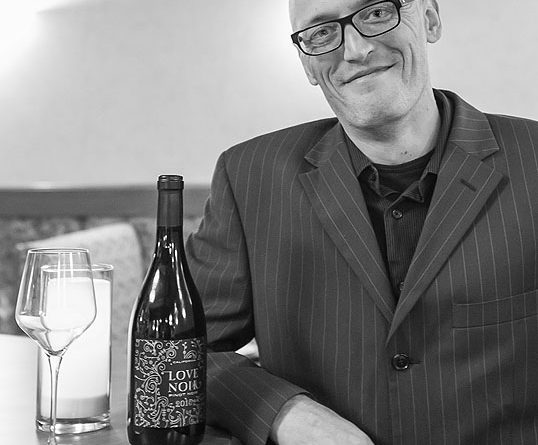 Dim illumination inside the Rilassa Italian restaurant did not prevent Robert “Bobby” Christy’s twinkling eyes from shining on his serene face. It’s true, Rilassa means relaxed in Italian. When asked about his official title, Christy replied, “The guy who makes sure everything looks beautiful.”

Christy first started cooking at 15 and worked in many restaurants doing everything including busing tables, washing dishes and cooking. His first kitchen management position was with Baldini’s. Then in 1999 he joined the Coast Guard and for two-and-a-half years he served his country as an Aviation Survival Technician.

“I learned to jump out of perfectly good helicopters,” he said.

While in the service, Christy took business courses through UNLV and National University. After his discharge, he finished his degree at UNLV. Christy rounded out his education as a chef by attending the Western Culinary Institute in Portland Oregon and completed his pastry chef training in Paris at the Le Cordon Bleu.

When asked why he wanted to open up an Italian restaurant in Fernley, he said, “There is nothing like Rilassa in Fernley or the immediate surrounding area. We wanted to offer an upscale level of food quality and service at a very reasonable cost. Rilassa is about the food, the service and the family.”

“Fernley is all about simplicity,” Christy adds. “That’s a good thing. It’s what we try to do with our food. High quality, simple ingredients and outstanding service. We want our guests to savor every minute of their dining experience.”

Rilassa uses locally sourced foods whenever possible. Christy is working with Lahotan Farms in Silver Springs and will buy the bulk of his pork, beef and honey from them. However, the restaurant also imports foods from Italy such as gelato, olive oil, several wines and prosciutto.

Smiling with uncontrollable delight when asked about his wine list, Christy notes with pride, “We did not want a snobby wine list. We serve affordable, approachable yet distinct wines.”