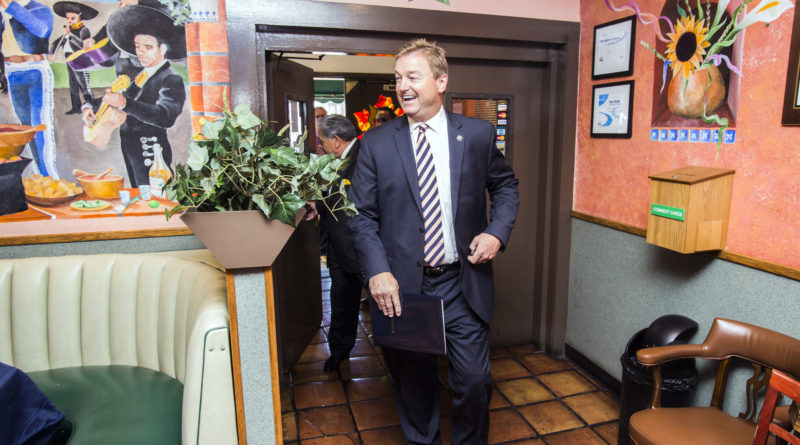 By Riley Snyder and Jackie Valley

A last-ditch effort to substantially overhaul the Affordable Care Act backed by Nevada Sen. Dean Heller is finally coming to the light just weeks before a procedural deadline.

Heller signed onto the amendment in late July in the throes of a Senate effort to dismantle the Affordable Care Act, a long-standing GOP rallying cry dashed when Republican Sen. John McCain dramatically voted against a “skinny repeal” version of the repeal legislation.

Among other provisions, the bill would implement a state-focused block grant program that would largely upend federal control over health insurance markets and lend more flexibility to individual states.

The proposal would allow states to apply for federal funding for specified activities, such as maintaining programs to help high-risk individuals buy health insurance. The federal funding would be based on a formula that, by 2026, would ensure every state receives the same base amount of money on a per-person basis. The federal money, however, would come with some restrictions, including not being used to pay for abortions.

It also immediately would repeal the contentious “individual mandate” and allow states to repeal minimum standards in health coverage plans and allow the purchase of low-cost catastrophic health plans. Additionally, it would do away with taxes related to medical devices, over-the-counter medication, and health savings accounts, but much to the chagrin of some Republicans, it would keep intact many of the existing law’s taxes.

Heller’s staff did not respond to several requests for comment.

It is a Hail Mary attempt by Senate Republicans to pass a major change to the federal health insurance law before the fast-track budget reconciliation procedure allowing bills to pass with a bare majority expires on Sept. 30 — the end of the fiscal year — and requires senators to achieve an unlikely 60-vote vote majority to pass any major changes.

The Center on Budget and Policy Priorities, a left-leaning think tank, estimated that the plan would cost Nevada up to $257 million in federal funds if it becomes law. The Congressional Budget Office has not released any assessment.

Nevada Gov. Brian Sandoval’s office didn’t immediately comment on the pending release of the legislation. The Republican governor, who worked closely with Heller throughout the summer, is assessing how the various proposals to replace the federal health insurance law would affect Nevada, which was one of the states that expanded its Medicaid population. Sandoval said in August that it was too early to take a position on the alternative amendment but that reports showing the state losing massive amounts of federal funding were a “problem.”

“I don’t want to commit to one thing or the other other, but I do have a litmus test, which is that Nevada be held harmless,” he said at the time.

Sandoval and a bipartisan group of seven other governors issued a public letter to Congress in late August, urging members to take immediate action to stabilize markets across the country, implement “responsible reforms” to preserve coverage and keep costs in check. The letter also asks Congressional leadership to foster partnerships between states and the federal government to improve the health-care system overall.

“I don’t think it’s going anywhere,” Paul told reporters. “I haven’t heard anybody talking about it.”

Utah Sen. Orrin Hatch told reporters on Monday that he doubted the measure had enough support to get a floor vote.