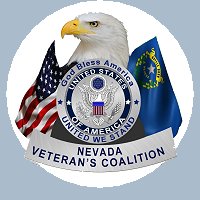 The Nevada Department of Veterans Services (NDVS), in partnership with the Nevada Veterans Coalition, will host a “Remembrance Ceremony” at the Northern Nevada Veterans Memorial Cemetery in Fernley, Nevada on Saturday, April 8 at 11 a.m.

The event will mark a significant milestone by remembering the 100th Anniversary of the United States entry into World War I (WWI) and the sacrifices made. More than four million Americans sent their sons and daughters to serve in uniform during the “Great War.” The war claimed 116, 516 U.S. soldiers. Of those killed in battle, 195 were Nevadans. In all, another 200,000 were wounded which is a casualty rate far greater than WWII.

There are eleven WWI veterans interred at our cemetery in Fernley. Please join us in remembering all our veterans who served during this time. One hundred WWI Centennial Commemorative pins will be handed out to attendees. Those who attend will also be asked to place a flower on one of the gravesites of the WWI veterans.

DIRECTIONS: The Nevada Veterans Memorial Cemetery is located East on I-80 at Exit 48 in Fernley. If coming from Reno, turn left after exiting the freeway and go under I-80 past the Denny’s/gas station building. Turn left on Mission. The cemetery will be on the right side of Veterans Way.