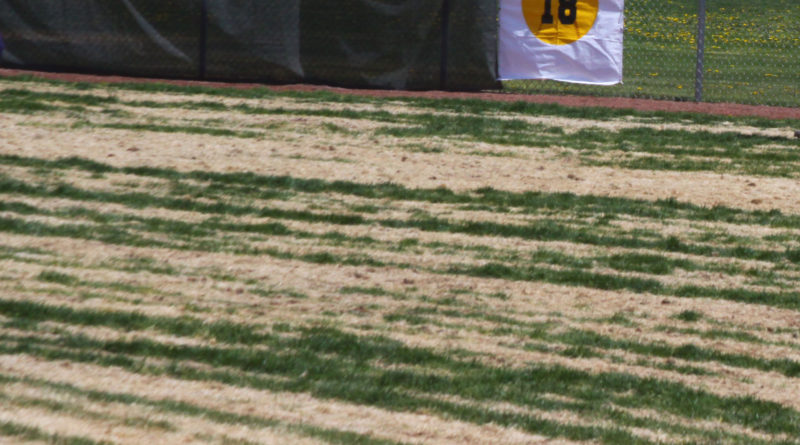 Because much of the grass on the Fernley High School baseball and football fields has died, the Northern 3A Regional baseball and softball tournaments, which were scheduled to be played in Fernley May 10-12, will instead by played in Fallon.

Lyon County School District officials are trying to determine whether something was added to the fields this winter that caused the grass to die.

School district officials said the district applied the same exact fertilizers to the Fernley and Dayton baseball and softball fields last November, but while the Dayton fields turned green at the beginning spring, the Fernley fields have not.

District officials said the fields have been receiving ample water, and the surrounding fields are green.

“FHS administration is unaware of any additional treatment added to the Fernley fields,” the District said in a statement. “We need to know if something was added to these fields so we have a better idea of how to improve them.”

Anyone with information is asked to contact FHS principal Kent Jones at 575-3400 or deputy superintendent Alan Reeder at 463-6800.