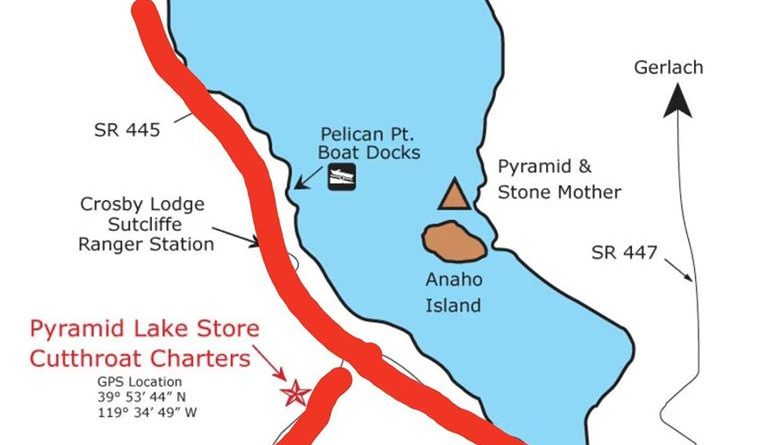 The Pyramid Lake Paiute Tribe and Nevada Department of Transportation announced Friday that routes to Pyramid Lake are closed to non-local traffic for 60 days, or until the COVID-19 pandemic has eased substantially.

PLPT Vice Chairwoman Sherry Ely-Mendes said the closures are because of an increase in recreational users from outside communities and other states visiting Pyramid Lake, while the number of COVID-19 cases on the reservation continues to rise.

Tribal Health Clinic Director Dawna Brown said there are now 24 confirmed cases of COVID-19 on the reservation. That includes 16 in Nixon, four in Sutcliffe and four in Wadsworth. One of those patients is hospitalized and two have recovered, but there have been no deaths. She said there have been 58 tests conducted in the Tribal clinic so far.

Brown also announced a new hotline, (775) 574-2602 that has been set up to handle all COVID-19 related questions and screening. She also asked that residents who are tested outside of the reservation notify the clinic of those tests and results.

Meanwhile, along with the closure of the roads leading to Pyramid Lake, the Tribal officials again urged residents to stay home, shelter-in-place and follow social distancing guidelines to try to stop the spread of the disease.

Sampson said the highway closures were a joint action of the Tribe and the Nevada Department of Transportation because of the COVID-19 crisis. The closures will be in effect for 60 days, or until the pandemic subsides.

“We’re hopeful that it’s going to open up sooner because we would certainly love to invite our guests back out here to recreate and for our economy to get going again, and we would also really love for that to be a safe place to be,” Ely-Mendes said.