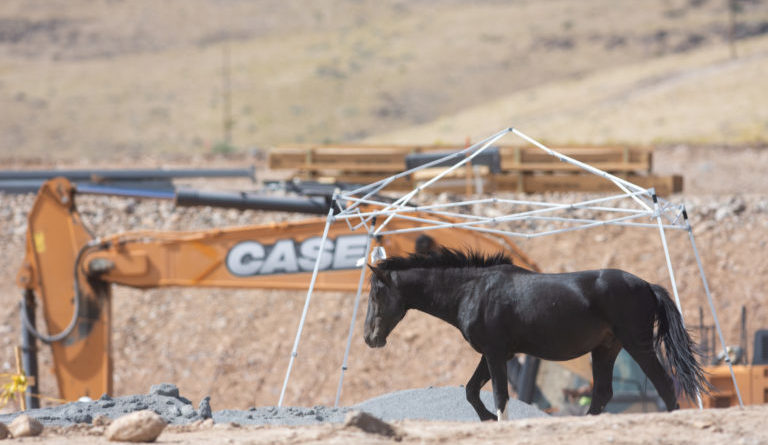 A medical waste disposal company with a record of environmental compliance issues is facing pushback over a proposal to build an incinerator at the Tahoe Reno Industrial Center outside of Reno.

Stericycle, a publicly traded company that specializes in medical waste, is looking to build a roughly 50,000 acre-foot facility at the Northern Nevada industrial center.

If built, the medical waste disposal at the Tahoe Reno Industrial Center would replace a facility in North Salt Lake, Utah. The incinerator would receive about 10 to 15 trucks of waste every day from the Western U.S. and Canada, according to an application for a special use permit.

The company indicated in its application that the incinerator facility, which would have the potential to generate electricity, could undergo an expansion in the future.

Blockchains raised concerns about its track record in Utah, where regulators levied a $2.3 million fine against the company. The fine, the largest in state history, was part of an agreement to settle allegations that the company exceeded emission limits and misreported test results.

Stericycle has faced regulatory scrutiny elsewhere. In June, the company agreed to pay $2.2 million in penalties, settling compliance issues with Washington environmental regulators, including an investigation that found mismanagement led to a fire at a Tacoma waste facility.

Despite wariness over the company’s checkered track record on environmental compliance across the West, Stericycle representatives told the planning commissioners that its incinerator facilities must follow strict air quality regulations and operate below allowable emission limits.

“We appreciate the concerns that have been raised during the development process and we are working closely with regulators, elected officials, neighboring businesses, and community groups to address their questions,” the company said in an emailed statement. “As a dedicated corporate citizen and neighbor, we are committed to ensuring the safety of our facility.”

“At a time when the local economy is struggling with employment and economic losses due to the pandemic, we are proud to bring meaningful work opportunities to the county,” the statement said.”

Stericycle’s facilities emit chemicals, including carbon monoxide, hydrogen chloride, particulate matter, sulphur dioxide, mercury, cadmium and lead, according to the company’s presentation to the planning board. The Nevada Division of Environmental Protection would be responsible for issuing an air quality permit and for enforcing emission standards, the permit application said.

The planning commission, weighing whether to grant Stericycle’s application for a special use permit to allow the facility, postponed its vote. The next meeting is slated for early August.

The debate over the medical incinerator also represents shifting power dynamics around future development at the industrial park, home to the Tesla Gigafactory and an Amazon warehouse.

The deal to bring the company to the park was negotiated by the broker for the industrial park’s master developer, Storey County Commissioner Lance Gilman, who is also a real estate agent. For years, Gilman and the development company controlled much of the park’s operations.

But in 2018, they sold most of their remaining land to Blockchains, a company that aims to build a cryptocurrency city at the park. Blockchains is pushing back against the Stericycle bid, as the largest landowner at the industrial park and with three parcels adjacent to Stericycle’s property.

In a letter to the planning commission, Blockchains said the ‘proposed transportation, storage, and incineration of special waste could have a materially negative impact on Blockchains’ properties and future development plans that mitigation efforts may not prevent.”

Matthew Digesti, Blockchains’ vice president for government affairs and strategic initiatives, told the commission that it had not provided proper notice of the application, giving Blockchains four days to investigate the project proposal, rather than the required 10 days. He also said county staff had not fully studied the “adverse impacts” of the project on public health and public safety.

He said “the proposed use is extremely transformative and it should not be decided upon, on a short time frame, with little investigation or analysis surrounding potential adverse impacts.”

Mustangs, frequently seen at the industrial park, could also be harmed by “potential biohazard exposure,” a national horse advocacy group argued. Suzanne Roy, who leads the American Wild Horse Campaign, said she also worried the project would increase traffic in an area where the group has received multiple reports of horse collisions.

Roy said the group plans to talk to the company about its concerns.

“These concerns include potential biohazard exposure for horses and for personnel working on the fertility control program at [industrial center] and proximity of the incinerator to a key water source for the horses, potentially leading to contamination and disturbance that would deter horses from watering,” Roy said in an emailed statement on Monday.

Selin Hoboy, the company’s vice president of government affairs and compliance, said that the company has not had compliance issues in Utah since the violations were uncovered in 2011.

She also said the company has undergone a “significant change in leadership” over the past 18 months, and Stericycle’s new leadership has “embraced and enforced compliance and safety.”

“We really feel like this is a good fit for us, and we look forward to the opportunity to be in the community there,” Hoboy said at the Storey County Planning Commission meeting on July 16.

Hoboy said Stericycle withdrew its application in North Las Vegas because of infrastructure constraints at the Apex Industrial Park, echoing a longtime complaint from other developers.

Storey County Planning Commissioner Kris Thompson, who works for the master developer, read a disclosure at the beginning of the meeting, recusing himself from the matter. In addition to negotiating the land sale, the park’s developer often helps with obtaining permits, setting up a conflict for Thompson, as a planning commissioner, and Gilman, as a county commissioner.

As a member of the public, Thompson offered public comment on the incinerator, noting that some manufacturing and processing companies at the park already require air quality permits.

“And as far as I know,” he wrote, “there have been zero catastrophic environmental incidents by this company which is a very good track record for any company in business three decades dealing with sensitive materials and working with health care facilities all over the world.”

Although the Tesla Gigafactory and distribution warehouses receive frequent media attention, the industrial park is already home to several facilities that deal with hazardous materials.

In late November, AquaMetals, a company exploring lead recycling technology, reported a fire at their facility in the industrial park. Another company, Asia Union Electronic Chemical Corporation, received a special use permit from the county to use hazardous chemicals as part of its operations.