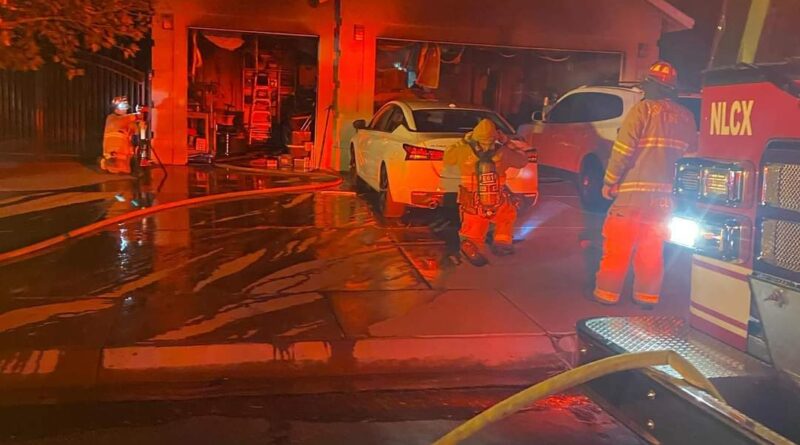 A pair of fires over the weekend kept firefighters from the North Lyon County Fire Protection District busy, and ended with vastly different outcomes.

The first fire was reported at a home on Fremont St. at 4 p.m. Saturday.

North Lyon fire chief Jason Nicholl said crews arrived to find the house enveloped in heavy smoke, and they were advised there was one victim still inside. Firefighters began to make entry, then were told that everyone in the house was accounted for.

However, Nicholl said because of a huge amount of storage in the yard and the house, firefighters were unable to enter very far in the home and had to back out to let the fire burn and protect the fire from spreading to other nearby structures.

“The storage situation made us unable to gain access,” Nicholl said.

The home wound up being a total loss, and the American Red Cross responded to help find shelter for the two residents.

Nicholl said the cause of the fire was officially determined to be undetermined electrical near the area of a swamp cooler.

Firefighters were on scene for 20 hours, wrapping up around noon Sunday.

Late Sunday night, firefighters were called to the second fire, on Wedge Lane. They arrived to find smoke and fire showing from the garage. They were able to quickly knock down the fire and keep it from spreading to the rest of the house.

“That was a real good stop by the guys,” Nicholl said. “It could have been very bad.”

Nicholl said that fire started by spontaneous combustion from remnants of mechanical work.

Nobody was injured in either fire.