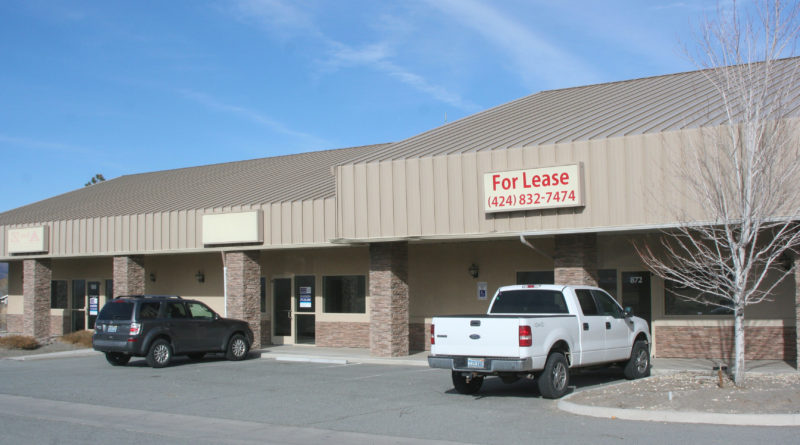 Owner Bruce Gold and Avison Young Western Alliance Commercial Inc., held an open house March 19 for six units in the commercial building on Cottonwood Lane that were damaged by a fire in December 2016.

Refurbishment of the units has been completed, and they are available for lease.

Six units in the building were damaged, but have been refurbished and are ready for lease. They can be used as retail or industrial, and current zoning allows for a variety of uses. Each unit has 740 square feet of retail or office space in the front, with 2,500 square foot of warehouse space attached. All units have a 10-foot rollup door, heating and air conditioning and two restrooms.

The units can be made adjoining for a tenant who needs more space, Gold said, and and can be altered at the tenants cost.

A handful of businesses have expressed interest, but all six units are still available, Gold said.

One of the attractions of the units is that the zoning of the units allows for a variety of uses. Previous tenants have included a church, a gym, a printing company, a thrift store and an RV repair business.

“Anyone can use them, retail, industrial, shop, every kind of service company,” said Matt Harris of Avison Young.

Renovation of the units was done by Striker Construction and lasted about six months.

Gold said insurance issues made the renovation project more difficult, but he praised the City of Fernley and the North Lyon County Fire Protection District for their help throughout the process.

“I think they have been very helpful, from the moment of the fire and the follow up,” Gold said.