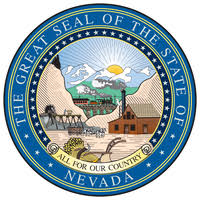 An initial survey of 259 businesses across the state showed that a little more than 85 percent were complying with the requirement to remind customers that they must wear masks, the Nevada Division of Industrial Relations reported Wednesday.

The Division, which includes the Nevada Occupational Safety and Health Administration, announced increased inspection activity across the State in order to help educate businesses on the latest requirements.

Since the Directive announced by Gov. Steve Sisolak on June 24 went into effect on June 26, the Division of Industrial Relations has conducted 259 initial field observations across the state to survey compliance in industries and sectors from which high volumes of complaints have been received.  During these initial surveys, 85.3 percent of businesses were found to be in compliance with the face covering directive.

“Ensuring compliance with the Governor’s directives and guidance issued by Nevada OSHA is a vital component of ensuring the health and safety of Nevada’s workers and helping businesses stay open,” said Victoria Carreon, Division of Industrial Relations Interim Administrator. “The Division of Industrial Relations is taking a proactive and cooperative approach by canvasing businesses to make them aware of the requirements before taking enforcement action.”

On June 24, 2020, Gov. Steve Sisolak issued Declaration of Emergency Directive 024 which requires businesses in the State of Nevada to implement and enforce mandates for employees and patrons to wear face coverings to reduce the spread of COVID-19. Businesses are required to notify the public of the face covering requirement prior to patrons entering their facilities.

The agency said if non-compliance is found during an initial observation, the business is provided a written notice and request for voluntary compliance. A follow up visit by Nevada OSHA officials will be conducted. If the employer is still not complaint and a violation is found, a notice of citation and penalty will be issued. The maximum penalty of $134,940 can be assessed to an employer that willfully violates the provisions of the directive. If the employer is in compliance during the follow up visit, the inspection will be closed with no further action.

The Lyon County Sheriff Frank Hunewill, along with several other sheriffs around the state, announced that deputies will not enforce the mask order, focusing on education instead of enforcement. The City of Fernley has said it will forward complaints about noncompliant businesses to OSHA.