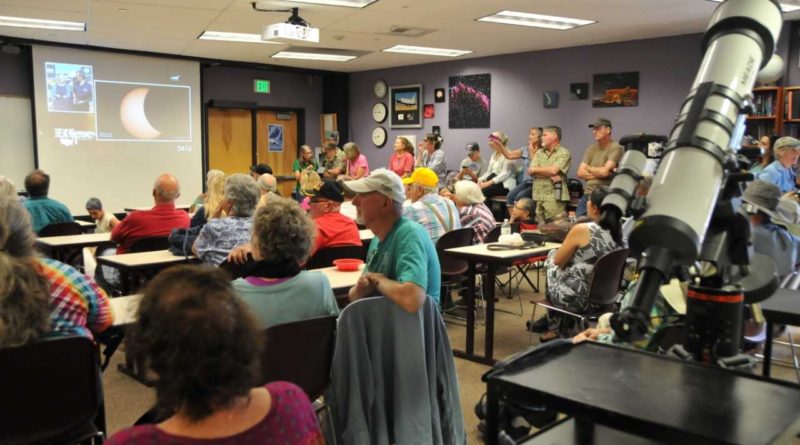 Mark your calendars to attend a pair of science lectures at Jack C. Davis Observatory in September.

On Sept. 9, WNC physics professor Dr. Thomas Herring will lecture on “Nuclear Physics for Everyone,” while on Sept. 23, WNC astronomy instructor Dr. Marla Moore will talk about “The Cassini Probe at Saturn: Its Journey and Legacy.”

In his lecture, Herring will provide an introduction to nuclear physics, including applications from medicine, electrical power generation and even weapons of mass destruction.

“I hope to dispel a few myths, illuminate some dangers and take a look at what we really know about the dense, hard centers of atoms also known as nuclei,” Herring said.

In Moore’s timely lecture about the Cassini Probe at Saturn, she will talk about what Cassini has done since it arrived in orbit around Saturn in 2004.

“This will be very timely as the Cassini probe will have just crashed into Saturn’s atmosphere (Sept. 15), sending as much data as possible before the ringed giant burns up the probe in a meteoric flash,” Herring said.

On Saturday nights when lectures aren’t scheduled, the observatory is open to the public from sundown to 11 p.m. Star Parties brings together people with an interest in astronomy.

The lectures and Star Parties are free and open to the public.

The observatory is located at 2699 Van Patten Drive in Carson City.