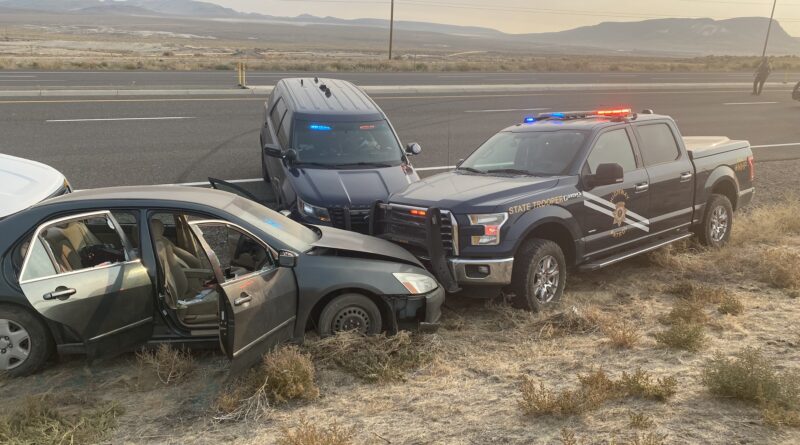 A vehicle pursuit that began in Sparks and ended in Fernley resulted in the arrest of at least one suspect early Tuesday morning.

According to the Nevada Highway Patrol, the pursuit began at Interstate 80 and East McCarran, and ended when NHP stopped the vehicle with a PIT maneuver near Mile Marker 22 on U.S. 50A east of the Fernley roundabout. NHP said Troopers got involved in the chase when the vehicle being pursued went the wrong way.

NHP did not release any information on the person or people who were arrested, but in a Twitter post about the incident, said “subjects detained.” NHP also said no officers were injured in the incident and the investigation is ongoing.