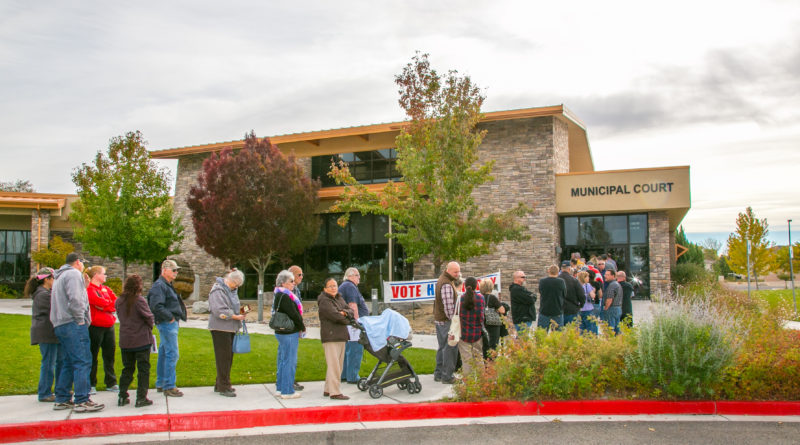 Tomorrow is Election Day, but already almost half of Fernley’s registered voters have already cast their ballots during early voting, portending one of the largest turnouts of recent elections.

Because any Lyon County voter can vote at any early voting polling location, some of those 5,000 voters may have come from another part of the county, but Swanson said it’s still an indication that turnout for this year’s election will be high., and not just that those who do vote are doing so early.

I’d like to say the majority of those are from Fernley,” Swanson said. “I think it’s an indicator that more people are voting.”

Swanson said there are a little more than 12,000 registered voters in Fernley.

The early voters indicate that total turnout for this year’s election could exceed the 2012 Presidential Election. In 2012, 7,229 of Fernley’s 10,268 voters cast ballots, a turnout of 70.4 percent.

That year, the six Mason Valley precincts, which includes the city of Yerington, had a 77.7 percent turnout. Smith Valley had a turnout of 83 percent in 2012, while Dayton was at 76.7 percent.