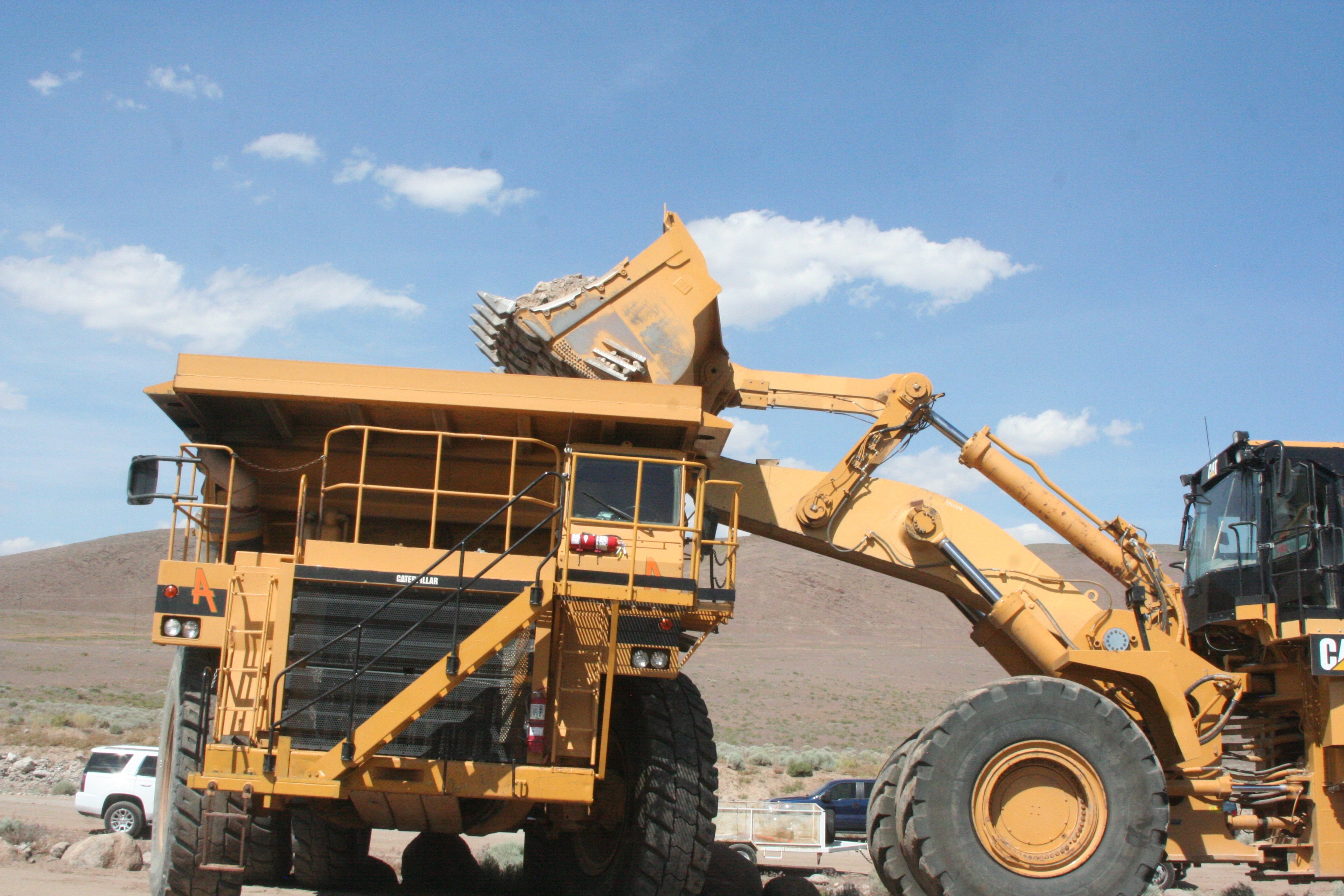 Celebrating the ceremonial groundbreaking of the extension of USA Parkway, Gov. Brian Sandoval Tuesday afternoon lauded the impact of the project as being bigger than Hoover Dam.

Major construction of the extension of the roadway from the Tahoe Reno Industrial Center is scheduled to begin later this month, with completion expected by late 2017.

The Nevada Department of Transportation, along with state and regional officials, held a groundbreaking ceremony near the end of the current roadway Tuesday afternoon, in which they celebrated the impact the project will have on Nevada’s economy, and Sandoval said, just as importantly, on the lives of those who do or will work in the industrial park.

“There’s something to be said about being able to be home for dinner, or to get to a soccer game, or even to be able to leave and get someplace quickly in case of an emergency,” Sandoval said.

The USA Parkway was originally constructed in 2000 as a privately built, 6-mile long road connecting Interstate 80 to the Tahoe Reno Industrial Center. The project will extend the Parkway by more than 12 miles to reach U.S. 50 near Silver Springs, creating an approximately 18-mile-long, four-lane state roadway between Interstate 80 and U.S. 50.

The new roadway will be designated as State Route 439, and will further link the greater Reno/Sparks area with the U.S. 50 corridor in Silver Springs, enhancing regional mobility and creating an additional route for commuter, freight and other traffic. The road will also help support regional economic development and serve as another route in the event of emergency or weather-related road closures. The project is projected to reduce travel times by as much as 38 percent for those traveling between U.S. 50 and I-80. In 20 years, more than 17,000 vehicles daily are anticipated to travel the new segment of USA Parkway.

“We have to prepare this region for the new Nevada economy and this is part of it,” Sandoval said. “On so many levels, this project is a game changer not only for the region, but for the state.”

NDOT Director Rudy Malfabon said by enhancing safety and reducing travel times and associated vehicle use and emissions, the societal benefits of extending the USA Parkway are projected at more than $600 million for the first 20 years., at a 9-1 cost to benefit ratio for the $75.9 million project.

“I’m not sure we’ve ever had a project with this high of a return for taxpayers,” Sandoval said, adding that the roadway will also reduce freight delays by 900,000 hours a year.

Improvements to the shoulders of the existing roadway, such as installing additional guardrails and relocating fire hydrants, will begin shortly. Major construction will also begin this month with removal of brush and vegetation on the future roadway alignment, as well as producing aggregate gravel that will eventually form the foundation of the roadway. During construction, only local business traffic will be allowed south of Sydney Way, the last major interchange on State Route 439/USA Parkway.

While much of the construction will not impact motorists, drivers can anticipate minor travel delays on U.S. 50 in the Silver Springs area next year during construction of a traffic roundabout intersection connecting the USA Parkway and U.S. 50.

Originally slated for completion in 2019, the USA Parkway extension is being fast-tracked using the design-build method of construction and is scheduled to open to traffic by late 2017. Ames Construction was selected as the contractor for the project in January, with a $75.9 million construction bid that was two million lower than the next runner-up.

Storey County Commissioner Marshall McBride said the road will be the first new state highway built in Storey County in more than 150 years.

Fernley Mayor Roy Edgington said the roadway will be a benefit to Fernley, even if it reduces the amount of traffic travelling through Fernley to and from the Reno/Sparks area. The city is expecting major population and building growth due to the number of new jobs being created at the industrial center.

“The success of the park is the success of Fernley,” Edgington said. “It might lower some road traffic, but we anticipate in 10-15 years double the traffic on Interstate 80, so I don’t think it will be detrimental to us. We need to think regional and not just our piece of the pie.”