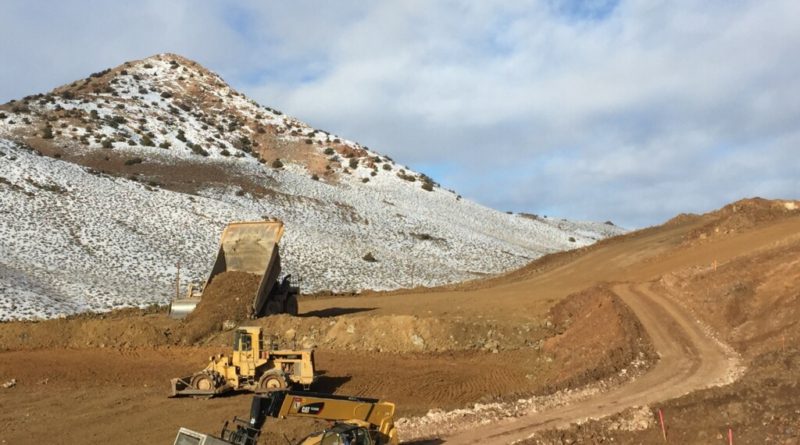 The Nevada Department of Transportation has reached a milestone 50 percent completion of construction of the USA Parkway extension connecting Interstate 80 and U.S. 50 in Storey and Lyon counties.

Since construction began last summer, just under two million cubic yards of earth and rock have been moved to carve the future roadway alignment, enough earth to cover 100 football fields approximately 10 feet deep. Nearly all of the earth is being compacted to form the roadway shoulders and base. More than four miles of future roadway has also been paved. Construction will continue through the end of the year with roadway excavation and paving between the Storey-Lyon County line and U.S. 50.

Drivers can anticipate minor travel delays and traffic shifts on U.S. 50 in the Silver Springs area beginning this spring as a traffic roundabout intersection is constructed connecting the USA Parkway and U.S. 50.

Through the coming months, periodic single-lane closures will also continue on the existing section of USA Parkway weekdays during daytime hours for roadside improvements such as installing additional guardrail and grading roadside slopes.

The USA Parkway was originally constructed as a privately built, six-mile-long road connecting Interstate 80 to the Tahoe Reno Industrial Center east of Sparks. The project will extend the Parkway by more than 12 miles to reach U.S. 50 near Silver Springs, creating an approximately 18-mile-long, four-lane state roadway between Interstate 80 and U.S. 50. Known as State Route 439, the new roadway will further link the greater Reno/Sparks area with the U.S. 50 corridor in Silver Springs, enhancing regional mobility and creating an additional route for commuter, freight and other traffic. The road will also help support regional economic development and serve as another route in the event of emergency or weather-related road closures. The project is projected to reduce travel times by as much as 38% for those traveling between U.S. 50 and I-80.

The $75.9 million project by design-build contractor Ames Construction is scheduled to complete in late 2017, opening the new USA Parkway extension to traffic. Project information is available at www.usaparkway.com or by dialing (775) 888-7000.