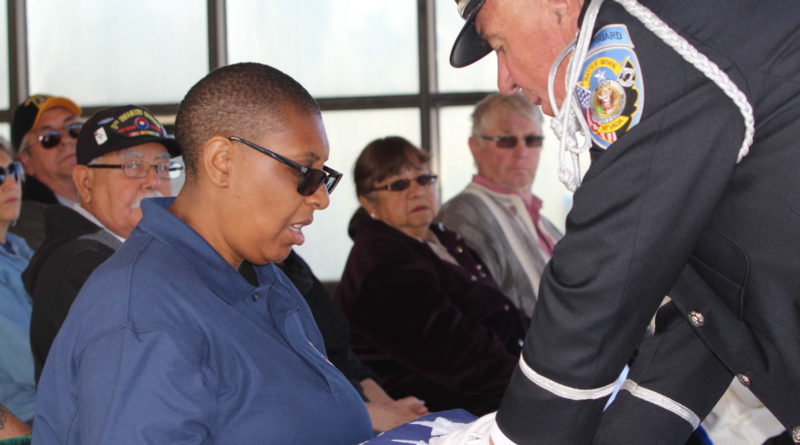 Droog: ‘Time for them to come home’

FERNLEY — Like so many speakers before him during the past year, Army veteran Pieter Droog told of the legacy many servicemen leave when serving their country.

Droog, director of Veterans Advocacy and Services Support Team for the Nevada Department of Veterans Services, praised 15 men who fought in the nation’s wars but remained unforgotten in death. Their unclaimed remains were in the care of a local mortuary for an average of 35 years.

“It’s definitely time for them to come home,” Droog said Friday at the Northern Nevada Veterans Memorial Cemetery in a monthly military service conducted by the Nevada Veterans Coalition.

Droog noted the veterans included nine soldiers, five sailors and one airman born between 1907-1943. Thirteen had fought and survived World War II, while one served in Korea and the other came from the Vietnam era.

“I have a special affinity for the World War II vets,” Droog said, explaining his comment. “They represent my parents, their generation and as Tom Brokaw said in his book, they are the greatest generation.”

Droog spoke from his heart as a fellow veteran. He attended his officer basic course in Virginia and spent the next 20 years in the U.S. Army before retiring. He was a transportation officer and a commander of the Direct Support Ordnance and General Support Aircraft Maintenance companies and served in the Sinai as director of Logistics and deputy at the Materials Management Center.

For Droog, though, Friday’s ceremony was also a prelude to worldwide celebrations that will be conducted in November to recognize the end of the first world war, which was 100 years ago.

“Next month, we will celebrate the anniversary of World War I, the war to end all wars,” he said. “No one could imagine that there would be 23 years later another war of far greater devastation.”

Droog checked off the number of military men and women who have died as a result of the nation’s wars since 1775. Since the days of the American Revolution, more than 1.3 million military personnel have perished. Whether a soldier dies on the battlefield or a veteran dies at home, Droog said as Americans, we have “an obligation to honor them all.”

Patty Cafferata, special assistant attorney general for Law Enforcement, Counties and Municipalities, also spoke at the service, saying she was honored to be part of the program and thankful for the NVC’s recognition of the deceased veterans. Cafferata said it was sad for her to learn of the veterans’ names, but she added these men are not forgotten although no one picked up their remains.

“I have tears in my eyes,” said Cafferata, whose brothers and stepfather served in the military as did her grandfathers.

Tom Draughon, the NVC’s spokesman and narrator for the event, said the coalition members have a good feeling for conducting the ceremony to give closure to the 15 veterans. He mentioned at least one veteran’s remains had been unclaimed for 40 years.

“It’s hard for me believe,” Draughon said, adding when the veterans died, somebody would have remembered them. “They gave their salute to the United States of America and oath to do what was necessary to keep our country safe.”

He considered each man as a veteran and hero.

Draughon thanked fellow veterans and guests for attending the service and considered the attendees as family by honoring the fallen soldiers, sailors and airman.