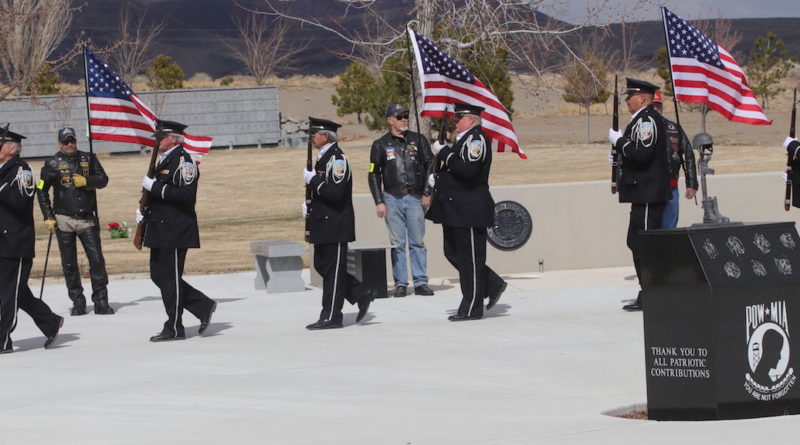 The Nevada Veterans Coalition is conducting its 17th mission of the Missing in Nevada project at the Northern Nevada Veterans Memorial Cemetery on Friday, April 12 by honoring 15 veterans whose remains have been in the care of a local mortuary, yet remained unclaimed.

The remains have been in care of Mountain View Mortuary in Reno.

This is the first Missing in Nevada service with full military honors since January. Every month, though, the NVC conducts a military service for veterans’ unaccompanied remains.

The April services will begin at 2 p.m. at the Northern Nevada Veterans Memorial Cemetery in Fernley.

The following veterans will be honored:

The NVC and local funeral homes have relied on National Personnel Records Center [NPRC] and their vast team of researchers; NVC members countless number of volunteer hours; the NVC Honor Guard and various other escorts; and the staff at NNVMC for guiding volunteers through the proper procedures to get these veterans home where they belong.