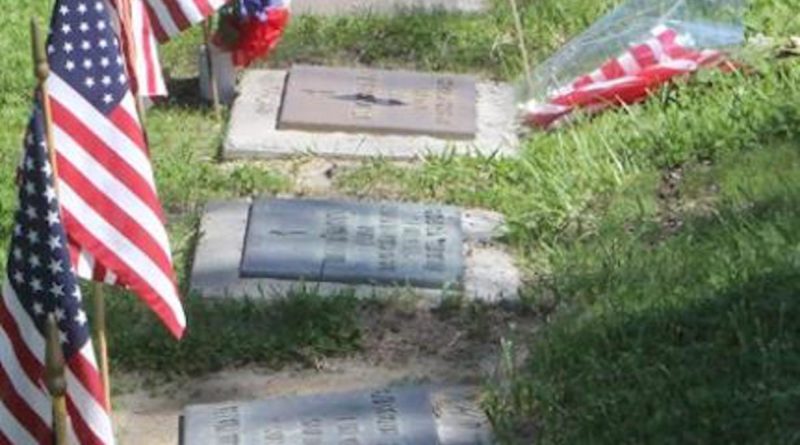 Operation Battle Born Northern Nevada marchers are scheduled to rendezvous with veterans from UNLV on Wednesday at Tonopah to exchange two ruck sacks of almost 7,000 dog tags representing military men and who women who died since Sept. 11, 2001, as a result of the Global War on Terrorism.

The second annual Operation Battle Born ruck sack march kicked off Friday for its 11-day odyssey to walk, in 10-mile shifts, from Carson City to the Southern Nevada Veterans Memorial Cemetery in Boulder City. A team representing the Truckee Meadows Veterans Club at Truckee Meadows Community College, along with other veterans and volunteers from the University of Nevada, UNLV and the community, had a step-off ceremony from the Battle Born Memorial at the Capitol Complex in Carson City to the Sportsman Warehouse before the main group finished the first segment to Johnson Lane and U.S. Highway 395.

Gov. Steve Sisolak addressed the marchers and others in attendance as did Karin Hilgersom, president of TMCC.

The Nevada Veteran’s Coalition is conducting a Memorial Service at the Northern Nevada Veterans Memorial Cemetery in Fernley on Monday beginning at 11 a.m.

“Come join us and remember those veterans who gave, if not a portion or all of their lives, in the defense of this great country of ours,” said Tom Draughon, a spokesman for NVC.

Draughon said Memorial Day began on May 30, 1868. The day was commemorated at Arlington National Cemetery as it was originally known as Decoration Day. In 1971, Congress declared that this day of recognition will be known as Memorial Day, an American national holiday, and to be observed on the last Monday in May.

The Maytan Band conducted by U.S. Army Chief Warrant Officer 4 Alan Pefley will play before the ceremony and will also play the national anthem.

“It is a wonderful patriotic experience for both young and old Americans,” Draughon said.

He added more than 3,000 people to attend this year’s ceremony.
Advertisements