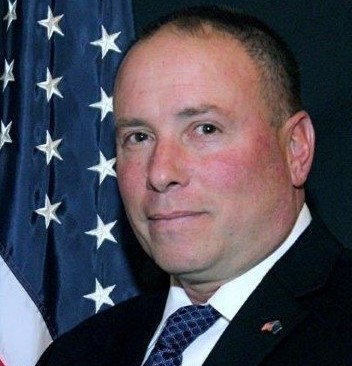 Fernley voters said an emphatic no to the city’s request to go to the legislature in seek of additional tax money, narrowly defeated the North Lyon County Fire Protection District’s requested tax increase, retained Dan McCassie as the City Council representative for Ward 2 and elected three new people to both the North Lyon County Fire Protection District Board and the Fernley Swimming Pool GID Board of Directors.

McCassie maintained his City Council seat by beating challenger Don Parsons with 56.1 percent of the votes cast, 954 to 746.

“I’m just excited and ready to get back to work and happy to keep serving he city of Fernley,” McCassie said.

“The citizens chose who they wanted, so Mr. McCassie can stay four more years,” Parsons said. “I wish him good luck.”

McCassie was also one of three new members elected to the North Lyon County Fire Protection District Board. Steve Carr received the most votes among the four candidates, 4,708, with McCassie second at 4,493 and Pat Hon taking the third seat with 3,256. Steve Picha finished fourth with 2,116 votes.

“I’m excited about mending some relationships between the fire department and the city of Fernley,” McCassie said.

“I care about the city and the fire board, and with our growth anticipated I want to get back down there and make things work with limited funding, limited taxes and limited revenues to provide the services the community needs,” Carr said.

Hon said she was pleased to win since she, like most of the other candidates, didn’t spend a lot of money or time to campaign for the seat.

“I’ll try to do my best to do an excellent job, and I’ll probably learn a thing or two,” Hon said.

Fernley voters rejected the fire district’s request for a property tax increase 5 cents per $100 of assessed valuation, with 4,153 voters, or 53.46 percent, voting No, and 3,763 voting Yes.

The city’s advisory question seeking permission to go to the legislature to request permission to come back to the ballot with a tax increase for public safety, roads and parks was rejected with 4,256 No votes, against 3,552 Yes votes or 54.5 to 45.5 percent.

In an extremely close race for the Lyon County School District Board of Trustees, District 7 seat, Crabtree beat Sanderson with 50.18 percent of the vote, 9,531 to 9,462.