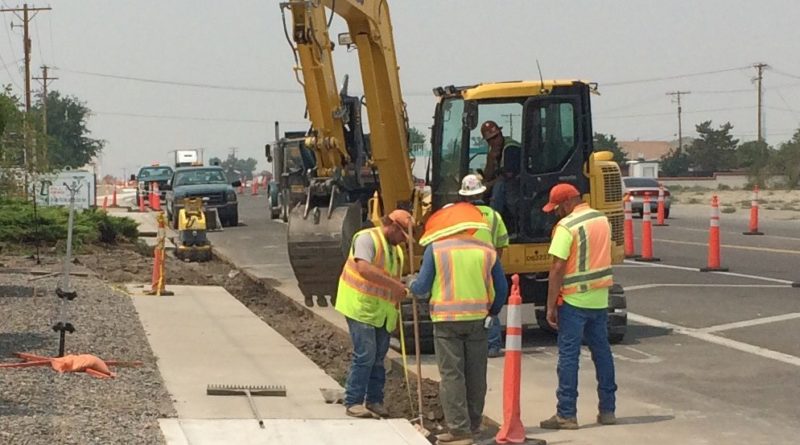 The construction of sidewalks along a nearly mile-long section of Main St. is expected to be finished by the end of this month.

Crews have wrapped up construction of the curb and gutters which will be part of the future sidewalk. The concrete for the sidewalk will be poured by the end of this week and then allowed to cure. As sidewalk concrete cures through next week, crews plan to repave driveway accesses and approaches, as well as areas of roadway lanes, in the work zone. After paving, new roadway striping and signs will be placed to wrap up the project.

NDOT anticipates completing the project before the end of August. In the meantime, both directions of travel on Main St. directly east of Hardie Lane will remain open, with the eastbound travel lane temporarily shifted to travel in the existing middle turn lane.

With the previous turn lane changed into a through lane for construction, NDOT reminds drivers to make left-hand turns from their travel lane after yielding to oncoming traffic.

Ultimately, the project will construct just under one mile of sidewalk on the southern side of Main St. between Hardie Lane and 7th St., as well as make roadway curbing and sidewalk ramp improvements. The roadway will also be restriped to accommodate a bicycle lane. Ultimately, the approximately $736,000 project by contractor Granite Construction Company will add sidewalk in areas where there is none to create a continuous walkway between the U.S. 95A junction in downtown Fernley and the Fernley roundabout; making the section of Main Street more safe and accessible for all.